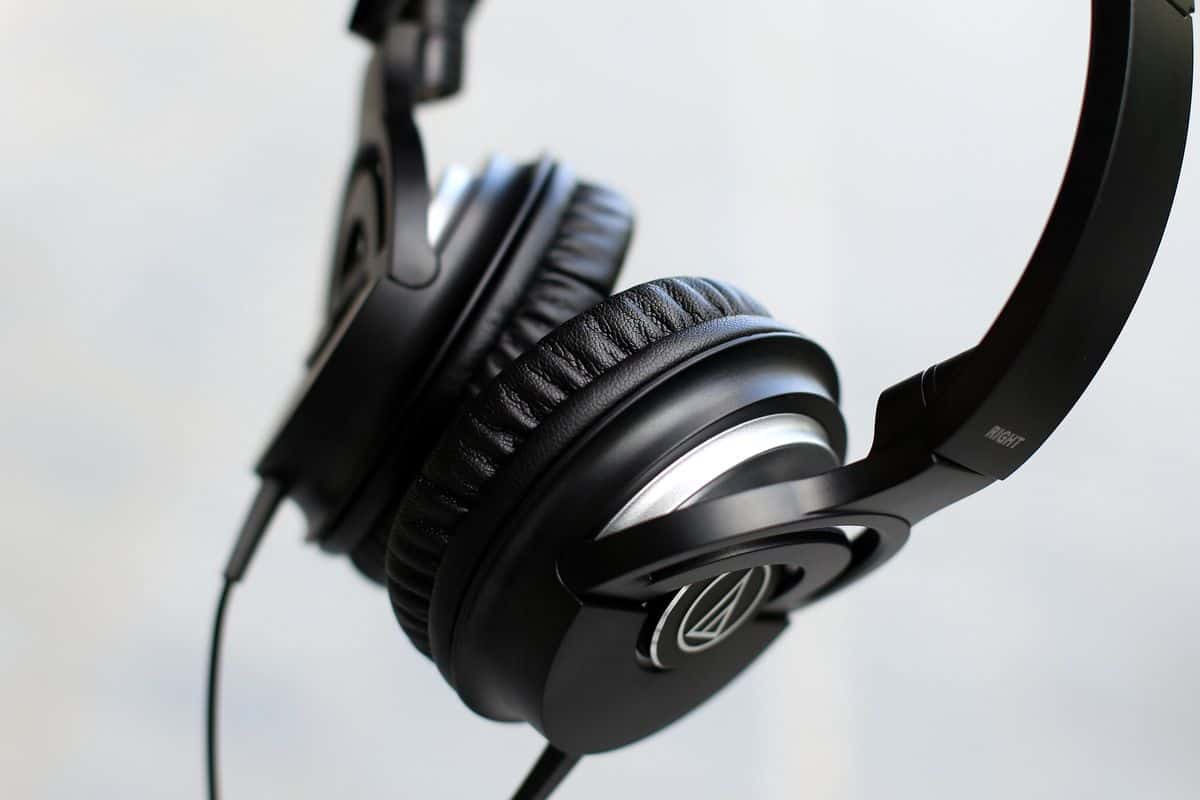 ATH-WS55X for light treble, mid silky, long-lasting bass for long-lasting sound. But to be more familiar with the product, it’s best to widen the dome a bit.

The ATH-WS55X is the headphone of Audio-Technica’s specially designed line of headphones for bass enhancement. In terms of looks, the product also owns closed-back design, around-ear headphones with two large earbuds that hold the user’s ear.

In addition to the sporty red-black 2-tone version found at the Test Lab, the ATH-WS55X has a black finish with a silver-tone logo embossed on each side ear. Compared with the predecessor ATH-WS55 that the company has introduced, the ATH-WS55X version looks a lot more attractive design. Not only has the exterior design improved, the ATH-WS55X is also favored by the large driver (53mm) in combination with the design of the Extra Chamber, Make quality notes for the listener.

As a street product, the audio cable length of the ATH-WS55X is limited to 1.2m, just like some models in the same line. Compared to conventional straight-through models, the L-shape gold-plated 3.5mm (TRS) connector on the ATH-WS55X audio cable is more convenient to use when combined with smartphones / Tablet. However, it should be noted that the headset does not integrate microphones and remote controls on the audio cable as headphones specifically designed for other mobile devices.

From the initial practical contact, Test Lab found the ATH-WS55X really lightweight due to its design using most of the plastic material. Although not fully folded, the two ear buds of the product can also rotate 90 degrees so it does not occupy much of the bag space / backpack of users often have to move. The metal frame hidden in the top dome on the ATH-WS55X also has good durability and the ability to adjust the distance that the user changes the panorama width.

However, perhaps because the ear pad is not thick enough – although this mattress pad is quite smooth, plus soft dome design, less pressure is not enough to ensure comfort for Test Lab. Some test takers with small head sizes also felt the diaphragm inside each ATH-WS55X earbud quite close to their ear. As a matter of personal experience, it is best to widen the dome of the headset and put the dome forward for more familiarity with the diaphragm design inside the earbuds.

But to be fair, the ATH-WS55X has good passive noise cancellation. The design on the headset is also really “fit” – to ensure privacy and do not disturb the neighbor when using the headset. Testing using headphones in a 28 ° C environment also gives artificial skin on two ears less hot ear than other products tested each other.

With regard to sound, with a source, the same level of volume and high quality sources are often used, but the ATH-WS55X provides a fairly large volume thanks to a 46 ohm impedance. As a bass-boosted product, Test Lab decided to try out the ATH-WS55X with the bass genre first. Although only integrated with Foxcon Cinema II’s integrated audio processing circuitry, the quality of the low notes on the ATH-WS55X deserves a plus point from the Test Lab.

In the bass-intensive test tracks such as Feel the Bass 4 or 1-2-3-4-5-6 Bass, bass notes played in low to very low pitch are replayed by the ATH-WS55X. Completely rounded and powerful, it still does not cause fatigue even at high volume, about 70% of the source volume. Even when the source volume setting is below 30%, the pitch quality is very stable, unmatched and unobtrusive to other bands – especially when Test Lab hears the Beat Hotel – Allan Taylor, Lindsey Stirling’s hip hop-style violin recordings, and the Audiophile Reference I – Classical Music album are often heard.

It can be said that the combination of large diameter driver and enhanced acoustic resonance housing on the ATH-WS55X is enough to satisfy the passionate and powerful bass player in the vibrant and young music genres excited. But, ATH-WS55X less picky than the other bass boost models on the market. In addition to the bass, Test Lab also found the product quite successful in reproducing the remaining strips. The ATH-WS55X plays quite good instruments such as piano or violin. But, objectively speaking, the sound space on the ATH-WS55X is still a bit narrow, so if you’ve ever loved and enjoyed the wide sound space on open-back headphones you It feels like sitting very close to the speaker.