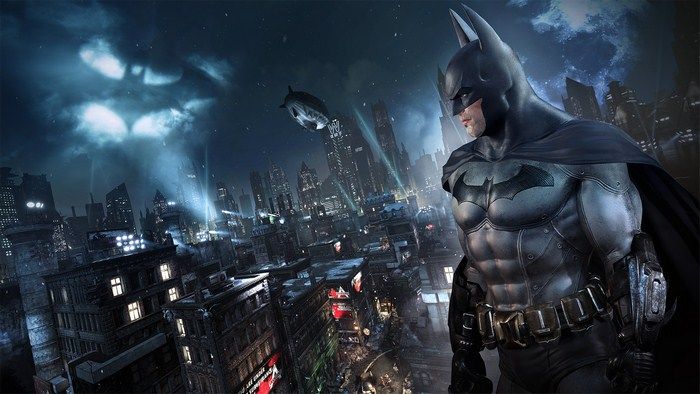 If you agree with my opinion that a city with hundreds of small and big criminals, some of which are particularly dangerous is a great city, then you should not ignore Batman: Arkham City.

The city that I mentioned above is Gotham. A landmark was once very popular in the comics, cartoons, movies, and now is in the game. Following the success of Batman: Arkham Asylum, Arkham City allows you freedom of Gotham, the city of peace in the past and now is the “home” of crime.

Anonymous as a hero with the bat robes, you fight to bring order to the streets of Gotham beautiful. With voyeuristic combat phase, a lot of secrets to explore, many side quests to complete and plenty of places to visit, Arkham City is a real exciting adventure amazing infinity.

Being winter in Gotham, but the streets of a town known as Arkham is especially colder by the desert to the strange. Gotham is facing a severe crisis by the wake of the events of Arkham Asylum.

City though not really as large as those sandbox games but what Arkham hidden in his very impressive again. The scale of the game is reflected in the old courthouse, the police station before, musty museums, subway stopped using and many other attractive places for wandering gamers to explore.

On the surface of the structure, one can see posters faded, torn, the old … billboard bears a historical significance of a beautiful city was once like. The architecture 1930 and decorative arts makes Gotham brings elegant appearance, have pity because this was all in darkness.

The main task in the game will bring extra dark hero face to face with Penguin, Mr. Freeze, Two-Face and many other members of the crime family of talented and crazy at Gotham.

In the mess, the better the bad guys are much less that that, the presence of the girl Cat Woman brings a breath of fresh air to the atmosphere of Arkham excessively gloomy. Kevin Conroy as Batman and the other voice actors expressed their roles very well.

The combat system has good available from the first edition, has also been upgraded with so many nice blow and effectively. But how to do it fairly simple with just a button that you can develop enough knowledge of that attack. Batman can handle simultaneously two attackers with just a simple attack, or a certain decisive blow by taking advantage of the surrounding terrain.

Every criminal should have a different fighting style to deal with them in a quick manner. Attacks on the nape of those who use batons to stun effects, or dive from the air with spectacular finishing moves. In general, the ability to “solo” Batman is pretty good so the difficulty in the game only really seen when our characters are surrounded by a whole platoon. Zoom screen away and choose for themselves a suitable tactic will make your victory more voyeuristic section. 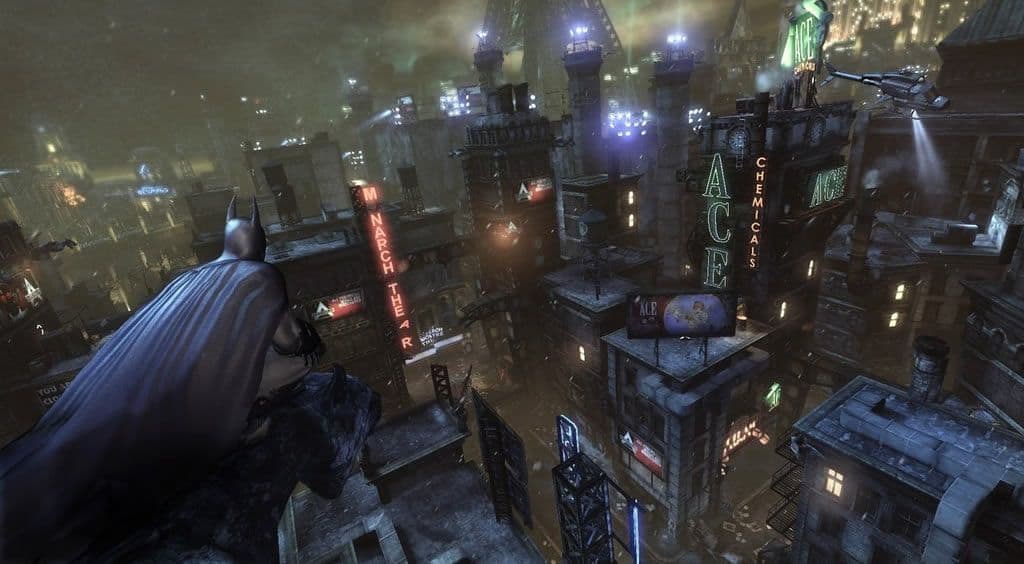 where can you get a Batman Arkham City online

Unable to ignore the toy (gadgets) of Batman since he was a superhero without superpowers (like Iron Man). In battle, you can mix and emit combo “batarangs” and many other wonderful toys. Meanwhile, bomb blasts from your mini might make a name brandishing hammer accidentally hit by teammate …

Also gamers will likely find yourself a nice combo in combination “toys” with the “Quickfire”. Quickfire show how you know when it’s appropriate to use a particular toy. Quickfire clearly a smart enhancements in this release. It makes the player must constantly explore new combos (because Batman will own more and more gadgets through the upgrade) which simultaneously trained to handle the great challenge rather than just click a button forever .

Of course, down a criminal equipped with armor, shields, hammers would be radically different with a name that is armed. Batman talented and muscle but he is not impregnable. When faced with an enemy equipped with “hot line”, the best way is to sneak up behind to “mourners” silently, or throw myself down like a bat and hang him dangling from the ceiling …

There are many choices for Batman if you do not want to confront directly. There is an interesting new gadget in this section is disruptor, which allows you to disable a remote gun. However disruptor is not functional you can use unlimited so do not overdo it.

Join the battle with the criminal gangs is not something that I like the most in Arkham City. Firing wire, zip to the top of a building and extracting the bat wings flying over the city is what makes the writer feel most excited. You fly around every nook and industry, learn the secrets to unlock not only a certain toy or video clips like in the other games. In the game there are tasks to be opened only when you find the coordinates scattered throughout the city and put them into map indicates where the detained hostages.

With titles like Arkham City close to the sandbox, then you just focusing on the main task will certainly be goodbye to the 50% or so of the game. Ignoring these tasks means that you will miss many famous names in the comic crime. Of course these guys usually do not play an important role in the task at hand.

The content is diverse tasks and not merely a fight. Award a sentence on the wall to find the clues, or crazy than you have to race against time, to the phone booth across the city to hear the call of a maniac, if late though a second, he will kill hostages ? 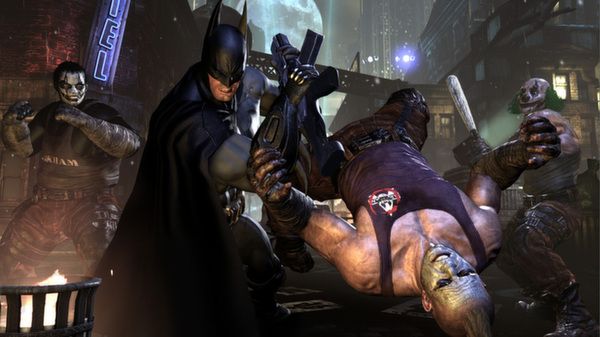 Therefore, do not rush think Batman is merely muscular hero, if not calculated well you can do for these innocent people have died because of your negligence.

The only minus point omitted from the first part of the challenge that is still pretty easy boss battle. But it could not stop Batman: Arkham City became heavyweight candidate for the title of the best action games. And if ever a fan of dark hero the more you can not ignore this game.