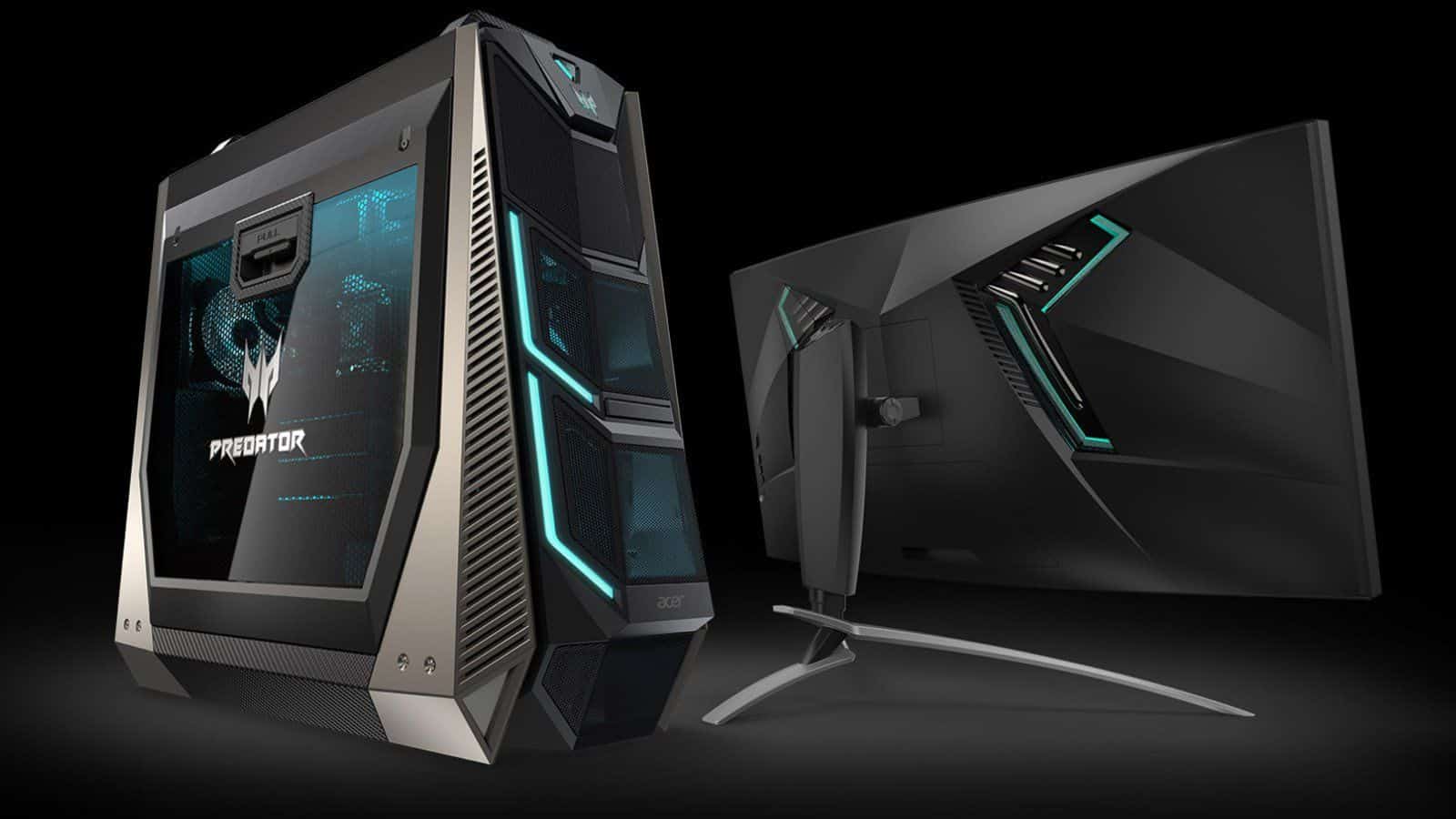 Acer Predator Orion 9000, a gaming PC with a bold design, is not the worst, but it is also very powerful with a Core i7-7900X processor, two video cards NVIDIA GeForce GTX 1080Ti.

First and foremost, this system, first launched by Acer at IFA 2017, is a product of the Predator gaming brand. With the Orion 9000, users have a full range of configurations from the Core i9-7980XE 18 core-36 streams to configure up to four AMD graphics cards in CrossFire X mode. And the one we have access to Today is a lower configuration, but the promised price will be more suited to the majority of high-end gamers.

Acer Predator Orion 900 is packaged in a large carton, equivalent to a full-size ATX case.

The Predator Orion 9000, though designed by Acer, has a minimalistic philosophy that does not have the extra details but retains the vibrancy needed in a professional gaming system. Overall the machine is used in two shades of silver and black to increase the strength for the product.

From the first look at the previous mask has shown a fierce product with the sharp beams. The mask is divided into 3 main clusters with:

The second is the optical drive bay inside an external mask

Cluster 3 is where two front fans draw cool air into the chassis to perform air convection. The sides of the net are molded plastic bar light green very gentle.

One side of the hip is equipped with tempered glass, but with honeycomb pattern it is difficult for the user to see all the components inside if the machine is off.

The other side is completely closed, the machine’s face with the logo and Acer brand Predator. Both hips are equipped with a removable lid for easy and convenient removal of the hinged lid, a feature that is rarely used by the manufacturer of the case and the system.

where can you get a Acer PREDATOR ORION 9000 online

A highly configurable gaming system, a full-size ATX case would of course be very heavy. Acer supports the user to move the machine by the addition of two wheels on the rear of the machine.

On the back, the IO ports are marked very clearly, the power supply to the machine is placed below.

Above the Orion 9000 is provided two air convection fans, in addition to two handles.

Here, the key components inside the Acer Predator Orion 9000, Core i9-7900X processor cooled by AIO cooling solution, four DDR4 rams for total memory capacity of 64GB, memory Ram uses universal rams that do not come with heat sink. Underneath the two NVIDIA GeForce GTX 1080Ti graphics card is still the design of the squirrel heatsink, but based on the output port can see this is the OEM version for Acer.

The first accessory box is a modular power cable.

The next box consists of a keyboard and an optical mouse that Acer has given to the user. Both the mouse and keyboard are equipped with a light blue LED backlight in sync with the machine.

One thought on “Acer PREDATOR ORION 9000”