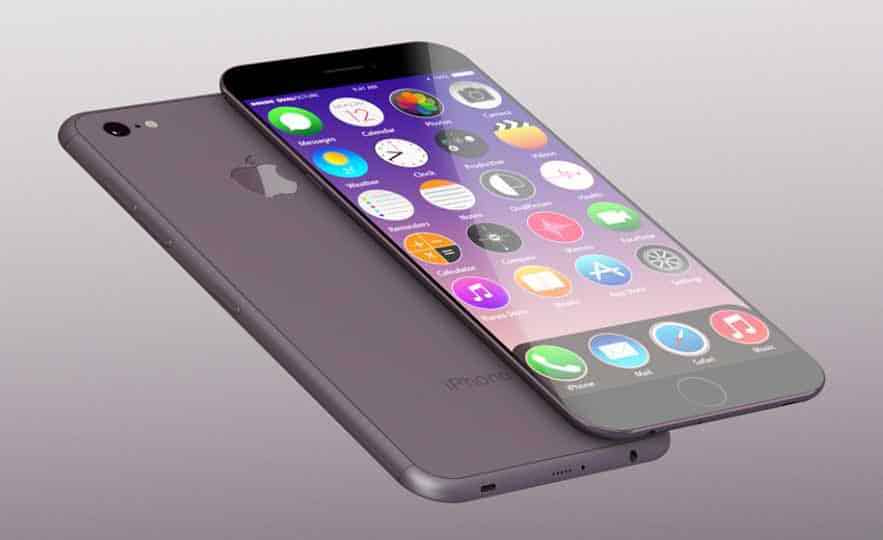 Detailed configuration of Apple iPhone 7 Plus:

The touch-sensitive Home button and the all-new Taptic Engine come with a second generation TouchID.

And of course still like the tradition so far, iPhone 7 Plus is still very beautiful and luxurious. The sleek, solid metal body that comes with the 2.5D curved screen ensures both aesthetic value and performance, and the grip is best for the user. Dual cameras are also coated with high-grade Sapphire glass to prevent scratches. However, if there is a point to complain about the iPhone 7 Plus may also be in the dual camera cluster when compared to the iPhone 7, the camera of the iPhone 7 Plus is slightly convex, occupying a large area and total loss of synchronization. Dorsal special for some colors like Gold, Rose Gold or Silver.

The Apple iPhone 7 Plus, though with only a 5.5-inch screen, is, in general, much bigger than the competition. This is partly because the screen border has not been optimized by Apple to accompany the area underneath the touch home button. Maintaining your old design philosophy does not mean that Apple has forgotten to equip new technologies for its son.

The first significant change was that the iPhone 7 Plus removed the traditional 3.5mm headset jack and referred to a single Lightning connection standard. In addition, the horizontal antenna strip has disappeared with the emergence of a completely new dual camera cluster. And of course, not everyone advocates Apple’s changes, especially the removal of the traditional 3.5mm headset jack. Others have also made allegations that the new antenna design has been around for a long time on Meizu Pro 6. Another notable feature is that the iPhone 7 Plus is now equipped with waterproof features. , Through some tests of Review, this feature works quite well. Removing the 3.5mm headphone jack as well as completely transforming the Home button into a partial touch also offers better water resistance for the iPhone 7 Plus.

About the ability to handle, although quite large size but the feeling hold iPhone 7 Plus on the hands is generally very comfortable. The 2.5D curved side of the screen will result in smoother, smoother hand gestures for the user. However, the iPhone 7 Plus does not feel hand grip and quite slippery part of the material finishing the back of the machine. Therefore, using the same iPhone 7 Plus with a protective case attached will be somewhat more secure. In tandem with the removal of the 3.5mm headphone jack, Apple also refined the lower edge of the iPhone 7 Plus with the symmetrical loudspeaker via the Lightning port. Users still have the option of using a 3.5mm headset with the included adapter supplied by Apple.

The biggest highlight is that the point worth making iPhone 7 Plus compared to the Apple iPhone 7 is the weakness of the design. Many people think that the dual camera clamshell iPhone 7 Plus makes the machine lacks balance, especially when the dual camera clusters emerge quite a lot compared to the back and does not coincide, especially with special equipment such as Rose Gold, Gold or Silver.

Finally, the most noteworthy point that few people realize when first experience iPhone 7 Plus is that the key Hone has been transferred through a complete touch with Taptic Engine technology. This technology allows Apple to simulate the user’s click feedback, which makes us feel like we are using traditional mechanical keys. I myself did not realize the first time when the vibration response was very similar. Users can even customize strong or weak feedback. This is also why the iOS 10 has removed the legendary “Slide to Unlock” and switched completely using the Home keypress to open the phone. However, due to the Home button touch will appear in some cases such as when used with gloves, touch Home button will not receive. 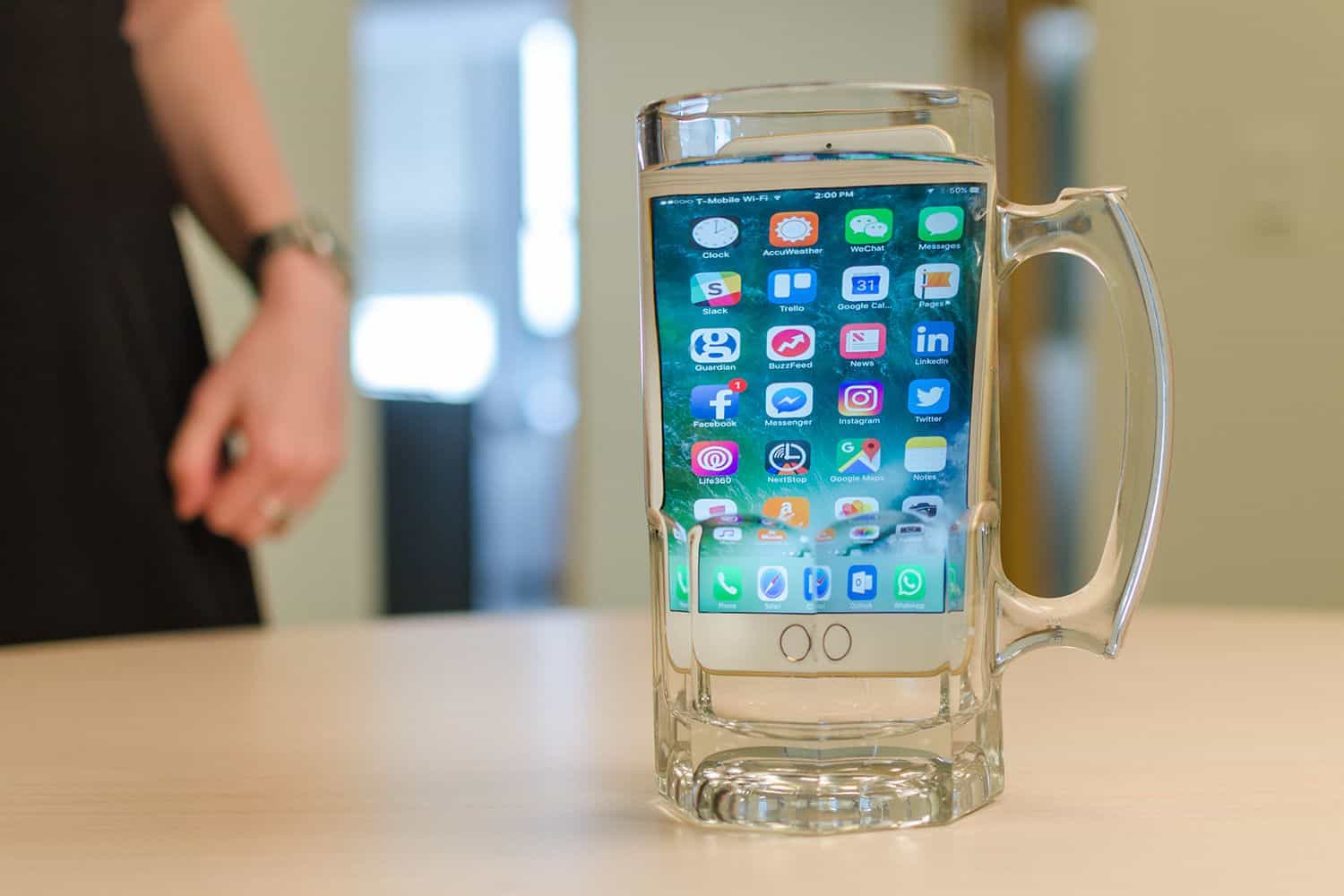 where can you get a Apple iPhone 7 Plus online

Apple IPhone 7 Plus retains Retina standard with FullHD resolution on a 5.5-inch screen, reaching 401ppi. Apple still uses IPS LCD panels, but also said the quality of display on the iPhone 7 Plus has improved significantly compared to the previous iPhone 6S Plus. In addition, the 3D Touch features are still fully supported.

This is also a highlight of the iPhone 7 Plus when this year’s iPhone is equipped with a brand new A10 Fusion chip with four processor cores. We need to emphasize that Apple has never focused too much on the multiplier, the amount of RAM rampant marketing to consumers. Instead, the real power and awesome performance of the iPhone device speaks for itself. IPhone 7 Plus is no exception.

In general, if you are looking for a monster in terms of performance, certainly can not ignore iPhone 7 Plus. Apple has always done well in terms of optimizations between a great hardware and perfect software that gives users a smoother, more stable experience worthy of a flagship product. 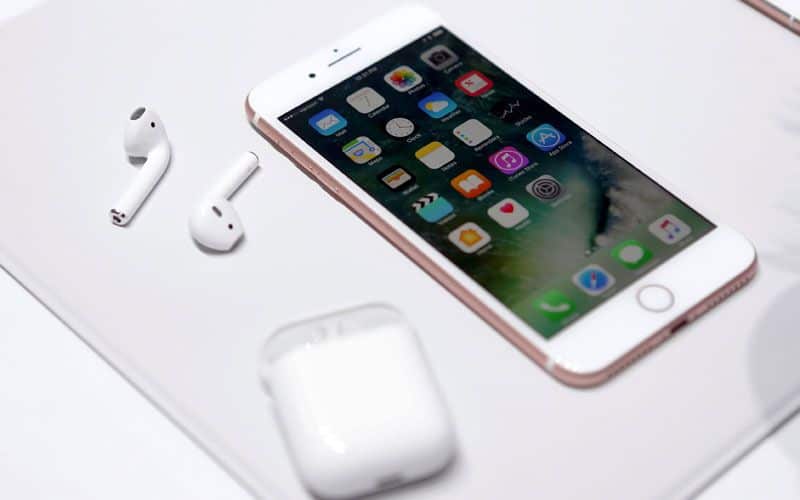 The iPhone 7 Plus has a battery life of 2900mAh, which is about 5.5% higher compared to the Apple iPhone 6S Plus and equals Apple iPhone 6 Plus. In addition, with the all-new A10 Fusion chip that adds two power-saving cores, the iPhone 7 Plus promises to give us a better amount of usability. From the iOS 9 update, Apple also added a Low Power Mode feature that allows users to minimize heavy tasks, unnecessary connections to increase battery performance.

The iPhone 7 Plus can give us 18 hours of continuous talk with 3G connectivity, 13 hours of surfing or watching videos in 8 hours, which is quite impressive. In addition, if you put your iPhone 7 Plus in standby mode, it can last up to 13 days. In general, still the same with other generations of iPhone Plus, Apple’s new big screen flagship once again does not disappoint the user in terms of performance. However, some new features such as dual stereo speakers or brightness screen are increased, which in part makes the iPhone 7 Plus consume more power. Another noteworthy point is that at full charge. Apple offers the iPhone 7 Plus a charger with 5V / 1A standard output. However, if you plug it into a 5V / 2A charger, it will charge twice as fast.

The Apple iPhone 7 Plus is a safe and secure move for Apple. Combining all that makes a successful flagship, such as a high-quality metal body, excellent water resistance and dual camera clusters, it offers two shooting angles to help users capture, delete background. The succeed of iPhone 7 Plus is completely understandable at present, the most formidable opponent of the iPhone 7 Plus is the Samsung Galaxy Note 7 has defeat. Still, many are asking the question of whether Apple has lack of idea when changing of them, improvements on the new generation of iPhone that have been appearing on Android devices for a long time.