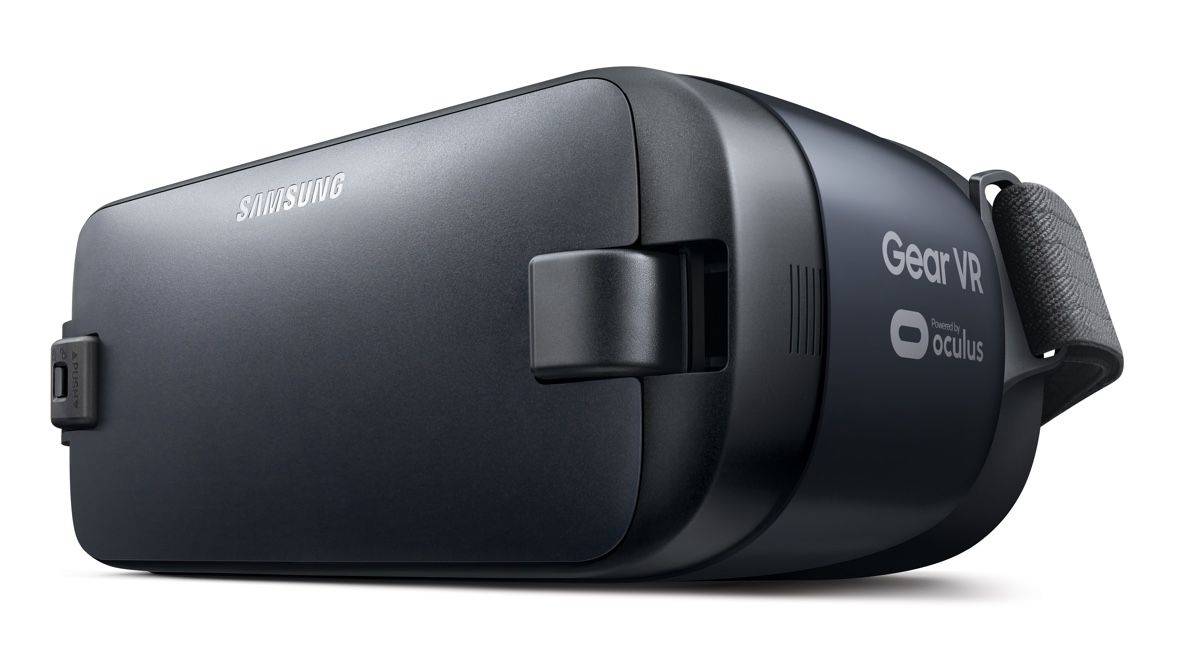 Although the outer shell is made of plastic, every detail on the glass is meticulously made and sure. The glass has two detachable strings, one with a loop around the back of the head to fix the glass, and the other for fixing the top of the glass to prevent slipping during use.

Samsung also does not forget to equip the buffer area with a very soft, detachable material. These gaskets also help prevent outside light from entering the virtual reality. At the top, the VR Gear has a focal-length adjustable knob for use in people with refractive eye defects.

In addition, Gear VR has built-in 3.5mm headphone connector, microUSB port, back button and boost button, volume down. In particular, Samsung also equips this glass with a special touch area, which helps users interact directly with the glass. In addition, Gear VR has proximity sensors, accelerometer sensors and gyroscopes. These are important technological factors for the device to work, bringing the viewer into the virtual reality world full of life.

At present, the data warehouse on Oculus is rather poor, mainly games designed for the virtual reality environment. If you want to enhance your Gear VR experience, you can install additional Netflix TV, Netflix or other free and paid VR applications, applications that work only on the system. Oculus ecology when connected smartphone with virtual reality glasses.

where can you get a Samsung Gear VR online

In fact, the experience of simulating a Battle for Avengers Tower with the Samsung Gear VR, the 360-degree space appears to be very lively, especially the depth that is very clear to the viewer. Meanwhile, with the game Temple Run VR, players only use the touchpad to control left, right, jump up, sit down very easily with the feeling of real, but this game can cause headaches.

Particularly with the image playback function, video is stored on the smartphone, Gear VR creates the feeling of sitting in front of a cinema wide screen. This space is even more unique with the depth of the background, all of which make up an image as is often seen in science fiction films.

In general, the Samsung Gear VR is an attractive technological accessory to experience digital content on virtual reality. The product has many pluses in design and technology, but digital content repositories need to be more diverse.

– Beautiful design, sure, not shrouded light from the outside.

– Many useful technologies, such as touchpad (can swipe left / right to interrupt call).

– Can cause headaches when playing games, such as Temple Run VR game.