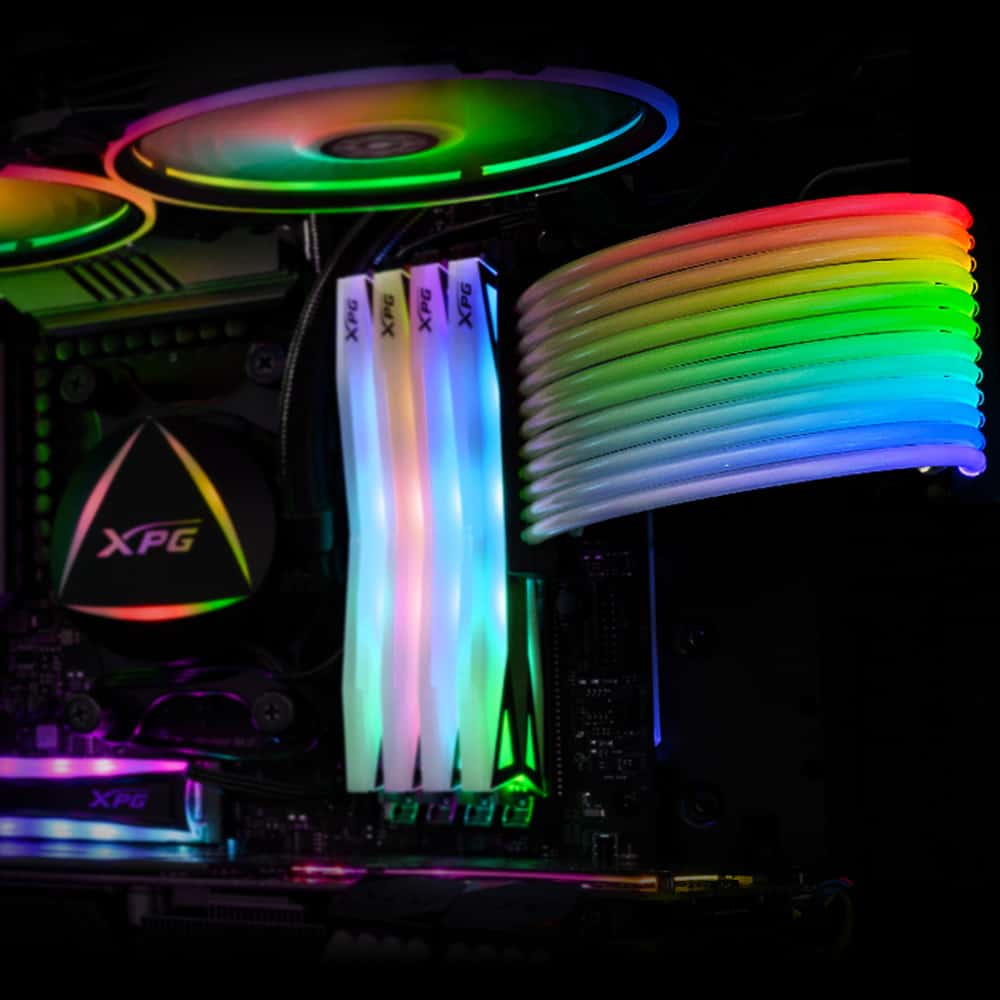 In addition to providing high-performance memory and storage solutions for gamers, enthusiasts will also add accessories to modding or beautify computers and the latest in the product range. This product is a 24-pin ATX power adapter and 8-pin VGA with built-in RGB LEDs so users can have their PC gaming shine even more.

XPG Prime ARGB Extension Cable 24-pin ATX and XPG Prime ARGB Extension Cable 8-pin VGA are sold separately so users can choose to buy either or both. The overall design of the two versions is similar, only differing in form when one is 24-pin for the mainboard connection and the other is an 8-pin for connecting to VGA. However, an 8-pin kit for VGA will be a pair of 8-pin cable.

As other extension cable designs, the XPG Prim ARGB Extension Cable also has a double-deck cable covered with high-quality microfiber mesh, but on the top layer will be wrapped in a series of RGB light dispersion tubes. Because of the light diffusion layer, the cable will be slightly hard but able to be flexible at a moderate level.

With the 24-pin ATX cable, you will be equipped with a controller that can be used to control all of the extended ARGB lighting systems on the system.

The RGB light fixture will be equipped at one end of the bundled 3v 3-pin ARGB 5-pin cable to power and control the light fixture. Because only the light is equipped on one end, the end of the light cord will be somewhat softer, it will also not dazzle the users when they look inside the system.

Adata XPG Prime ARGB Extension Cable is compatible with all mainboards that support ARGB control via the 3-pin 5volt connectors on the main so users can sync and customize the lighting interfaces based on their style or control via the included controller.

where can you get a ADATA XPG PRIME EXTENSION online