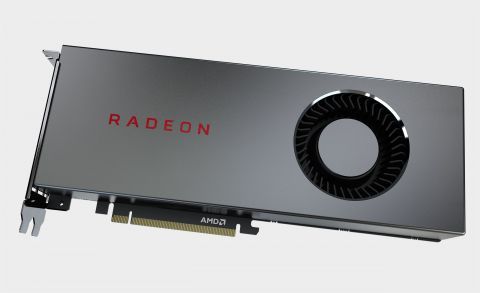 If you have been a fan of the “red team” since the graphic maker is still under the “ATI roof” then surely many of you choose the product of the home team just because of “mesmerizing” with the image quality of the graphics card that “born” from video editing cards of the 90s of the last century.

With the rapid development of technology, when it came to “under the AMD roof”, this impression was somewhat overshadowed by the ability of the products from both teams to be of similar quality and not exuding. Any feature can bring the image quality enough good.

But things changed for Navi, and especially on the AMD RX 5700 “test subject”, it brought two features to enhance the visual experience including Radeon Image Sharpening (RIS) and AMD Fidelity FX.

These two features have been developed 10 years ago by legendary programmer Timothy Lottes, who developed the FXAA anti-aliasing algorithm to enhance the image quality for games with Fidelity FX for the group of game development studios. RIS is supported with open source code from the driver that works on any game that supports DirectX9, DirectX12 or Vulkan.

In fact, both of these features will select areas that need anti-aliasing, enhance the contrast for image areas and “clarify” small details to be comparable to the built-in images. Higher resolutions, such as images built at 1440p, are nearly as high-quality as images built at UHD 4K 2560p resolution, while sacrificing only a small amount of insignificant graphics processing power.

In fact, it is possible to see that the dark images still retain good detail with significant “smoothing” borders while in blurry, blurry areas due to motion in the “motion blur” effect. Reasonable interference, resulting in images even at low resolutions, are “more beautiful” a bit.

Unlike NVIDIA’s DLSS feature, which tends to blur the image during AI processing with anti-aliasing to reduce the load on the machine, the images processed on RIS are much clearer and more effective. similarly, especially with high-resolution 4K displays today that can play at lower resolutions like 1440p while still retaining insignificant image quality.

The Fidelity FX feature is more effective for all modern graphics cards, including the previous RX590 or RX Vega series, not just for the new Navi cards like RIS, but this depends quite a lot in the development studio, in which only the RAGE 2 game has been “embedded” right from the debut and soon to be Borderland 3.

If you make good use of these two features, users can play games at lower resolution levels than native resolution with less degraded quality, thus achieving higher frame rates. (similar to DLSS feature of “blue team”) but with much better image quality.

Unfortunately, in the new features released this time along with the Navi graphics card, the writer still cannot feel the difference in the Radeon Anti Lag (RAL) feature, which helps reduce image lag when playing the electronic sports game.

Partly because the actual difference is quite small, in milliseconds (1/1000 of a second). This feature will work better with ultra low-speed screens that writers have not had the chance to test with the AMD RX 5700 this time.

This makes the “green team” launch the RTX Super line with RTX 2060 Super which has slightly improved improvements compared to the conventional RTX 2060 of over 10%, which becomes a direct competitor “on par with “With rookie from” red team “.

Indeed, right from the first 3DMark FireStrike test, the product achieved a pretty high score of 19,365 points, on par with the 19,282 score that the RTX 2060 Super achieved in recent tests.

Coming to game tests, often under the “old rules”, AMD products will be more powerful in Benchmark grading, but a bit weaker than the standard cards from “blue teams”. But this time, what the AMD RX 5700 shows is still really impressive.

First, at the Assasin’s Creed Odyssey test, the AMD RX 5700 proved to be superior to both the RTX 2060 Super and RTX 2070 with distances of up to 12%, indicating that the game engine works very well with the processor chip. AMD’s graphics logic, while the DOOM test shows the opposite when the two “rivals” from the blue team surpass pretty much, up to nearly 20% with OpenGL rendering.

The two tests Batman Arkham Knight and Battlefield V do not clearly show the strength of the relationship between the two, as these are the two games that possess exclusive NVIDIA features like PhysX and Ray Tracing, but with the remaining games showing power. The AMD RX 5700 is at par, but it is only slightly worse than both the RTX 2060 Super and RTX 2070.

This makes the AMD RX 5700 the best performance-to-price product in the mid-range segment and now more attractive than ever.

The AMD RX 5700 version that the writer received is a reference version with a  squirrel cage heat sink design, showing the circuit board with component pins and even configuring the 8 + 6pin power supply still designed in a manner … turned in like a few years ago to avoid “paring” PCB instead of the prevailing outward design.

Although the company “cut” the thermal sensor, but with some efforts of the testers, when stress test with FurMark software for a long time, the temperature blowing out on the back of the machine may exceed 80 degrees. That means the temperature of the chip will be much hotter.

Therefore, if you are patient enough, you can wait for component manufacturers to release custom versions with more powerful “heavy” radiators, of course at the same price.

In addition, for fans who are addicted to the new technology, the lack of specialized Ray Tracing is also a consideration when the AMD RX 5700 does not own specialized RT Core processors, so So even if you can open this feature, users still have to suffer from frame rate at “low”.

Despite this, AMD has made moves that it will support the future Ray Tracing feature through a patent on Hybrid Ray Tracing, but certainly in the near future the red team fans still must “look crave” for a long time compared to the products of the blue team.