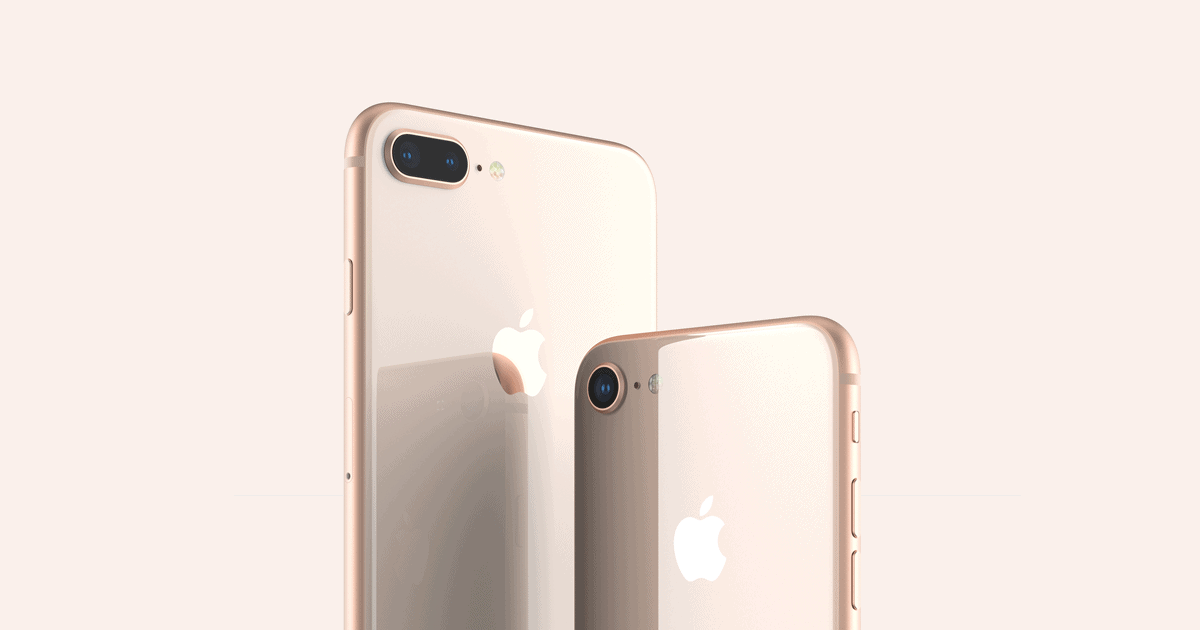 Over the past three years, Apple has changed the face of the iPhone with a new line of devices with larger screen sizes than the standard version, the larger battery – the iPhone Plus. However, from the beginning, the difference between the standard iPhone and the iPhone Plus is not only on the screen but also on the camera quality – optical image stabilization.

Last year, the Apple iPhone 7 Plus impressed with the rear camera the dual and this year, Apple iPhone 8 Plus still retain this feature. Even so, the dual-camera is also included in the Apple iPhone X – Apple’s 10th anniversary iPhone, along with many other special features.

For iPhone users, if you do not have enough money to buy the iPhone X, the best alternative is probably the iPhone 8 Plus instead of the Apple iPhone 8. This product is bigger than the “brother”, more expensive and has a rear camera “better” than.

The size of the iPhone 8 Plus is only slightly larger than its “predecessor” and weighs a little heavier – 202 grams (iPhone 7 Plus weighs 188 grams). Therefore, when holding on hand, the difference between the two devices is not large. In addition, the back of the machine has been changed to glass, easier to scratch. In return, this material is suitable for new wireless charging and water resistance.

With the iPhone 8 Plus, users can choose only three colors – Gray Space, Gold and Silver. The black option will most likely be eliminated this year as there is quite a negative reflection from the user. It can be said that the company is focusing on upgrading technology for their devices instead of launching many eye-catching colors.

The most advanced display technology has been integrated into the iPhone X (display HDR content), so the new iPhone 8 pair still only uses the old IPS LCD screen. In return, True Tone display technology on iPad Pro is still present on iPhone 8 Plus. With this feature, the screen will be able to change colors in different lighting conditions.

Just before the launch of the new iPhone trio this year, iOS 11 has been introduced to tech-savvy iOS users. Compared to previous iOS updates, this version has no major changes, only some minor factors. One of the most notable aspects of the interface is Control Central, which makes it easy for users to customize.

In this year, no matter which iPhone you choose, you will experience the power of the new and advanced Aion Bionic processor. The A11 is a six-core hexadecimal chip, which is manufactured on a 10nm process (along with the industry’s highest-end Snapdragon 835 process).

Combined with 3GB of RAM and 256GB of internal memory, the performance of this chip surpasses all other Qualcomm chips on the market today (Galaxy S8 +, Galaxy Note 8 and iPhone 7 Plus. ). Despite the higher resolution screen, the iPhone 8 Plus still has the speed is not inferior.

where can you get a Apple iPhone 8 Plus online

On the connection, the most interesting improvement on the iPhone 8 this year is the upgrade of connectivity from Bluetooth 4.2 to Bluetooth 5.0. In fact, you will not recognize the advantages of this connectivity technology, but they will improve the speed of access, especially with the hardware of IOT (Internet Of Things) devices.

Last year, the iPhone 7 Plus represented one of the biggest advances in Apple’s smartphone portfolio. The device comes with a 12-megapixel rear camera, which not only supports the user to add a telephoto zoom, but also adds many special effects.

This year, the iPhone 8 Plus still uses this camera, but with larger sensor sizes, f / 1.8 and f / 2.8, respectively. As a result, the photos will have higher brightness, increased fidelity, enhanced HDR video performance, and increased focus.

However, you can shorten this time by using the USB Rapid Charging Cable (connected to an Apple laptop) via the Lightning cable. Plus, with this year’s iPhone, users can now wirelessly charge their Air Power charger via Qi wireless charging. In particular, it is also compatible with Samsung’s wireless charger.

1 thought on “Apple iPhone 8 Plus”