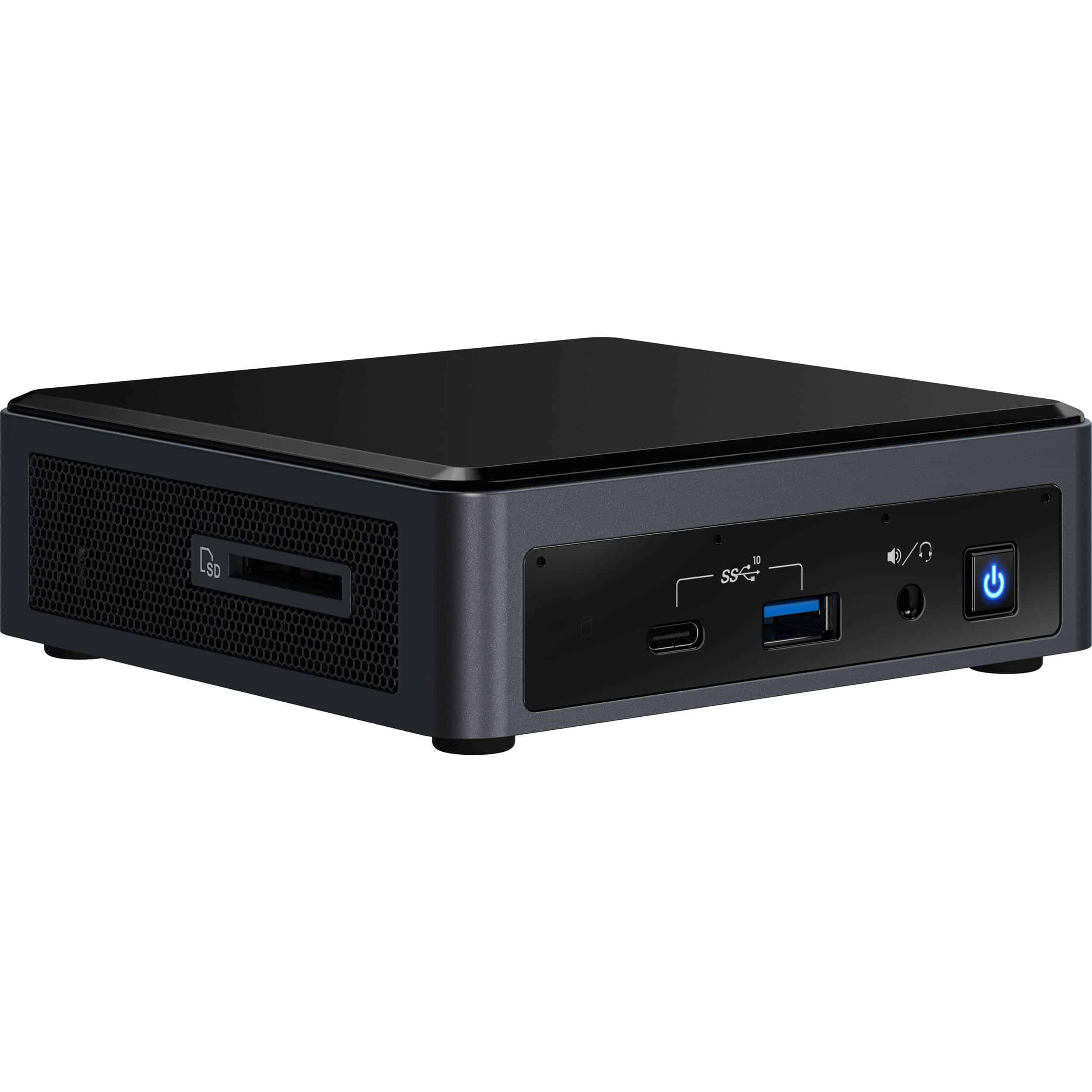 Since the launch of Intel’s NUC series of computers, a system with an ultra-compact form factor, it has achieved great success. Following that success, Intel has also launched the NUC10 series based on the latest generation 10 Comet Lake-U processors. Like previous generations, NUC10 was also released in many versions including Core i7, Core i5 and Core i3 with a total of up to 20 variants geared to each specific purpose and need. In particular, the cheapest version will be equipped with Core i3 processor like the NUC that we mentioned in today’s article – Intel NUC10i3FNK.

The NUC we receive is still a barebone device, which means that except for the CPU it doesn’t have RAM installed as well as a hard drive or SSD. It should be noted that the NUC series will only support SODIMM memory, the small memory modules are often used inside laptops. There will also be versions equipped with a 2.5 ″ drive tray (will be versions with a H suffix – like NUC10i3FNH) and versions with a K suffix will not come with a 2.5 ″ drive tray, but both sessions Both FNK and FNH versions support the M.2 NVMe SSD drive inside.

Intel NUC10i3FNK has a compact design in UCFF format (4 ″ x4 ″), in fact it has an overall size of only 117 x 112 x 38 mm, which is only slightly larger than the 2.5 ″ drive. So it is suitable for use in environments with tight spaces, even users can hang this system behind the screen when it also supports VESA-based wall mount.

In general, the design of the NUC10 is not much different from the previous generations with the connectors provided on most sides of the product. With the front we will have a power button, headphone jack, two USB ports, a notable upgrade on the NUC10 is that it has been equipped with a high-speed USB Type-C port.

The back is still the heat sink of the radiator, and the main connection ports such as HDMI, 1GBps Ethernet network port, 2 USB 3.0 ports and a Thunderbolt 3.0 port of Type-C format and a power jack from the attached adapter.

On the left side is a high-speed SD card slot.

Installing the RAM modules and the M.2 NVMe SSD drive on the NUC10 is still very simple and fast, almost anyone can manipulate it. NUC10 with two SO-DIMM memory slots, the maximum memory capacity will depend on the version of processor integrated on it but NUC10 can support up to 64GB DDR4-2666.

Intel NUC10 not only upgraded the processor platform to Comet Lake U Gen 10, but it also got a lot of upgrades in connectivity especially wireless networking. Specifically, NUC10 now supports WiFi 6 network through Intel AX201 controller and of course it also supports Bluetooth connection which is very popular today.

NUC10 still applies the compact thermal design that is commonly used on popular laptops. While our Core i3 processor has a TDP of just 25W, it is still supported by an optimal cooling solution with a large, practical cooling fan during use. Never heard any noise from this NUC, it was very quiet.

where can you get a INTEL NUC10I3FNK PERFORMANCE KIT online

With its compact size, simplicity and convenience, it does not take up too much space, NUC can be applied in many fields from office, home entertainment, audio-visual, POS systems. sales, small-scale monitoring systems, IoT….

During the test, the NUC10i3FNK with Core i3-10110U CPU and 8GB of DDR4 memory met our permanent tasks such as text editing, editing and editing some simple images. out very well. With the improved Skylake architecture, the capabilities of the Comet Lake U generation have been greatly improved, especially in the ability to play high quality digital content such as 4K 10-bit HEVC, it is possible It delivers smooth picture quality without any frame drops.

Although 8GB is still sufficient for basic purposes, the price of DDR4 SO-DIMMs on the market is very good, so 16GB of memory is recommended to make your system work more smoothly.