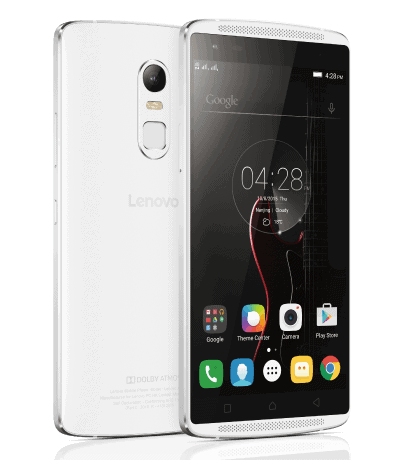 Dual front speakers incorporate Dobly audio technology, three Texas Intruments OPA amplifiers, a Cirrus Logic WM8281 codec for noise cancellation, and noise canceling for voice mic, Vibe X3 is one of phones has hardware, which are not inferior in professional music players, but are not promoted the best way.

In the recent years, we have witnessed smartphones replacing compacts, and previously replacing popular music players. Will this result be repetitive to high-end music players? This is of interest when the iPhone has forced Apple to silently put an end to the iPod. With Android phones, when equipped with high-end Dac chip such as the ES9018K2M, fully compete with the high-end music players such as Ibasso DX80, Fiio X5, AK JR.

There are a number of different phones. Represented from South Korea, LG has the V10 and recently the G5, and from China, Lenovo, Xiaomi, Vivo also quickly entered the market with Mi Note, Vivo 5Xmax, Vibe X3 … Not to mention rumors that the next generation iPhone, it will be integrated Dac chip of ESS.

Among these, the Vibe X3 of Lenovo is equipped with the Dac ES9018K2M chip, which has been used on high end portable audio devices such as the iBasso DX90 player, or the newst Dac/amp Ibasso D14. About the ES9018K2M chip, it is manufactured by ESS, and is a well known chip used in many high-end audio devices, with the ability to decode 32bit digital audio files. Not only is it capable of decoding, the chip is renowned for delivering clear, fidelity sound.

Good sound chip is not enough for a high-end Hifi device, understand this Lenovo has equipped AMP OPA1612 3 layers for its high-end smartphone, which are from Texas Instruments to ensure the best quality analog sound. The appearance of the Cirrus Logic Wolfson 8218 Code decoder and the Dolby Atmos audio technology with attractive specifications, the Vibe X3 has created a curiosity for those who love the sound technology.

Lenovo uses the Android operating system, with the greatest advantage being support for multi-format music and with Vibe X3 almost high quality compressed music formats are playable, even 24bit audio tracks are playable. However, the product refused to identify DSD music files. But the Android operating system has never been as high on the default music player, it’s too simple and sketchy, it’s getting users to find for better music apps, which have rich content, but not everyone can choose for themselves a good music app and suitable for the product. If the Vibe X3 of Lenovo is equiped with a better player has more advanced functions, perhaps the audio technology of the product will become more valuable.

To enable the high quality music processing, you can go to the setting, then chose the sound management section will see the Hifi section, where two options are Hifi standard and Hifi Turbo. The description in these two options is quite confusing. Hifi standard is said to be “Can listen to high fidelity sound in headset mode”, while the turbo hifi is “For optimum listening quality and natural listening experience, you need to use the headset mode”. Experience has shown that the sound quality of the two modes is not significantly different, the only highlight of which is the integration of Dolby Atmos technology. There are people who claim that Dolby Atmos technology works best for movies or games, but the actual experience with the Vibe X3 shows a clear impact on sound quality and volume, which can push for larger than the default on the Vibe X3.

In Dolby Atmos, there are many customizations for listening to music, watching movies, playing games, which can make the noticeable sound changing. There are many options, but in this article I would like to introduce to make the audio from the Vibe X3 through headphones that have a greater volume but less distortion as possible.

As in the picture, just go to the Music section, use your finger to slide the dash in the direction of the arrow so that the dash is raised to a higher level.

Speaker has large, clear sound, and high detail. The speakers of the X3 has capacity up to 1.5Wx2. When trying on games or movie trailers, the sound is very loud, probably is the biggest of the smartphones today, and also shows incredible detail and clarity, especially the pretty exciting 3D effect.

However, when trying with the headset, the impression is not so good. Although only using in-ear earphones with 16ohm impedance, but when turned to 80% volume still feel smaller than other products. Finding other music players to try again, all of which did not bring the expected result, so the audio settings is the last hope. And after a bit of adjustment, it was possible to boost the volume with Dolby Atmos. After adjusting the volume higher on Dolby Atmos, it is getting better, but the X3 is still only capable of playing headphones with under 50ohm impedance. Headphones with higher impedance are overpowered. The only bright point in the AMP section on the X3 is compatible with high-end IEMs (in-ear monitors) with extremely low impedance and high sensitivity, often IEMs going to the Hi-Res standard. Audio. You can adjust the volume to larger volume, and no matter which volume you open, the sound is not broken or distorted. A lot of phones can not do this, including the iPhone 6S.

The best sound when playing games and watching movies, while listening to music is quite good.

The highlight of the Vibe X3 is the detail, balance in all three strings, which is to promote the best of the Dac ES9018K2M chip. The sound is very clean, no color. Bass beat is speed, neat and deep enough, treb and energetic, perhaps mid string is the best in X3, quite emotional and sweet. With a relatively neutral sound, the X3 will be able to coordinate with many different models of earphones without losing the inherent color of the earphone.

Compared with the iPhone 6S, the X3 shows better control of the bass strings and richness in the treble strips. However, when compared to the same Dac chip players as the Fiio X3 and Ibasso DX50, there is still a negative on the sound field. At Lenovo’s Vibe X3, space is extended horizontally, but not enough depth. However, the highlights are the experience of action movies with the support of Dolby Atmos technology, the sound is 3D and lively.

It can be concluded that at its price, the Lenovo Vibe X3 is a great choice for those who like to use the phone to listen to music, watch movies or play games by good sound quality.

where can you get a Lenovo Vibe X3 online