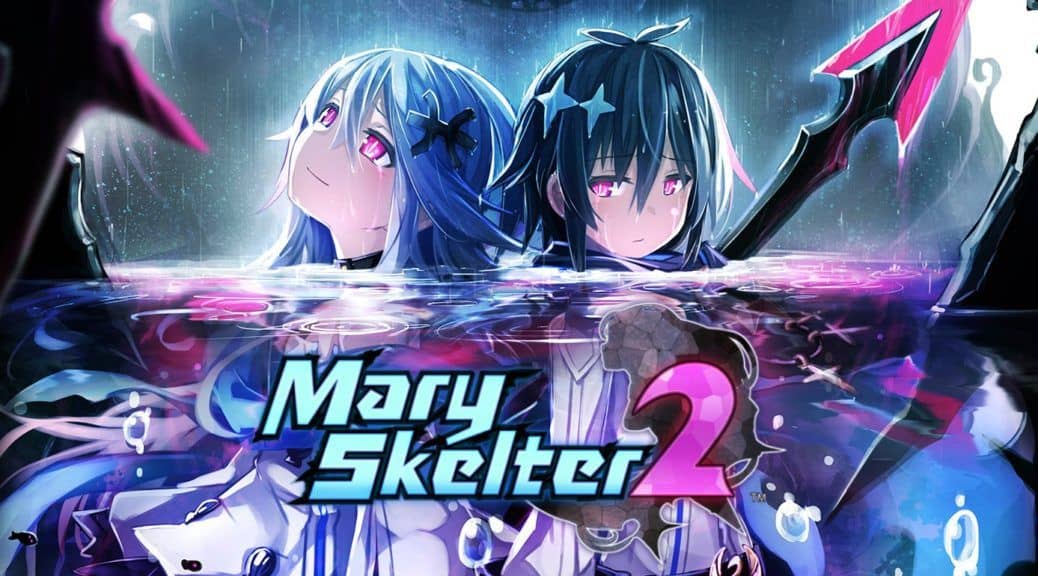 The plot of Mary Skelter 2 follows the beginning of Mary Skelter: Nightmares, about the battle of the “holy maidens” of the Blood Maiden to free humanity from the imprisonment of The Jail – a dangerous and ghostly unpredictability.

Mary Skelter 2 will lead the player on the journey of Otsuu – the powerful “princess” and the “destiny lover” Little Mermaid, in the search for new Blood Maiden allies when the old fighting force was damaged too much loss in previous wars.

The main gameplay of Mary Skelter 2 does not escape much from the default of the “dungeon crawler” style game, when most of the player’s time will be spent exploring 3D mazes from the perspective of the first person.

However, exploring and recording the layout of the maze is not as complicated and mandatory as the Etrian Odyssey series, but it only stops at making people have to go around to find the final destination only – and this for many people is a “salvation”.

Why do you say that?

Because, Dungeon Crawler game is very picky about players because of “finding path”.

Those who do not have the interest / patience to complete a exploration of a map will easily get bored in the process of groping the way, and interwoven with the monsters here again the random encounter, so Mary Skelter 2’s streamlining is quite a lot in terms of the size and the wobble of mazes is a good sign.

On the battle front, battles in Mary Skelter 2 will take place in turn with the enemies appearing in the front.

Players have the basic options of a J-RPG title such as fighting, using skills / items or fleeing.

However, if only that, Mary Skelter 2 will be no different from other J-RPG titles on the market.

Therefore, of course the game must also have outstanding to make a difference.

Basically, the Blood Maiden possesses a “chaos” mode that helps them increase their stats and have many superior advantages when fighting – called Masscare Mode.

When Overkill (deals more damage than the enemy’s remaining health) or uses counter elements, each character’s Masscare bar will gradually accumulate, and when full, it can activate Masscare Mode.

In this state, the Blood Maiden will be enhanced stat, heal when normal, and will temporarily “unlock” more powerful skills that normally can not be used.

It can be said that Masscare Mode is the key to help players win tough battles, the “trump card” of every match – BUT – it comes with a pretty painful consequences.

Each Blood Maiden will be enhanced when “bloodbathing” Marchen enemies, but this blood is also a poison, making Blood Maiden easily “alienated”.

To put it plainly, activating Masscare Mode after the Blood Maiden has been beaten too much, died, and got into a bad state … will have a chance to turn them into Blood Skelter, a form of extremely dangerous “crazy” – to both the enemy and … allies.

The inherently “fragile” indexes of the weak-blooded Maid Maiden, it is likely that a stray bullet will “clean up” the whole team without having to touch a finger with the enemy.

However, this is also an interesting mechanism that makes players have a headache to calculate, in order to maintain Masscare Mode so that it is effective but not to the point of being turned into Blood Skelter.

In order to make a difference from other Dungeon Crawler games on the market, Mary Skelter 2 in addition to using a plot – the topic is quite “favorable”, it also creates a highlight in the revolves around 12 Blood Maiden characters in the storyline.

As a famous game company with the “fan-service” repertoire, so the story of Compile Heart possessing talented painters with godly abilities is not too strange.

As a result, Mary Skelter 2 has a very unique and beautiful character set, each with a good appearance.

Although the female characters of Mary Skelter 2 only appear in the dialogue, but the animation is quite diverse in emotion, nuances, and many other trivial details can easily be conquered any difficult players.

The maze in Mary Skelter 2 is also a bright spot, as both the appearance and design of each maze are very different nuances.

For example, with the first maze, players seem to get lost in the fairy world in “Alice in Wonderland” and the “purple dreamy” color.

Or the second maze leads the player into an extremely splendid underwater world that is no less mystical.

The picture is good, but the soundtrack in Mary Skelter 2 is no less.

First of all, there is a very “mindful” and quality voice-over – most of the game’s main dialogue is fully voiced for all involved characters with very high quality.

The best part is that Mary Skelter 2 supports full voiceover in both English and Japanese languages, making the player feel different when playing in any language.

In parallel with the outstanding advantages, Mary Skelter 2 still has some small shortcomings, although “reluctant” are acceptable, but they are still too “revealing” to be completely ignored.

Firstly, we need to mention immediately the critical weakness of the genre of Dungeon Crawler of some Japanese brothers – it is about to arrive in 2020 and still use the fighting mechanism from the perspective straight face.

The inherent weakness of J-RPG in turn is that the rhythm of the game is too slow, sleepy – understanding this point, many game companies have “cured” with fierce battles with multi-dimensional camera angles, showing off cool poses and skills of both sides.

The use of the old-fashioned view has made the Mary Skelter 2 player’s perceived value (at least in terms of visual perception) significantly reduced – especially when the game was too busy. The cast design is so beautiful and interesting.

Instead of focusing on traditional management and the traditional skill tree, Mary Skelter 2 breaks them down into many complex components, accompanied by an intermittent tutorial that is both lengthy and non-direct, player very elusive all at once.

where can you get a Mary Skelter 2 online