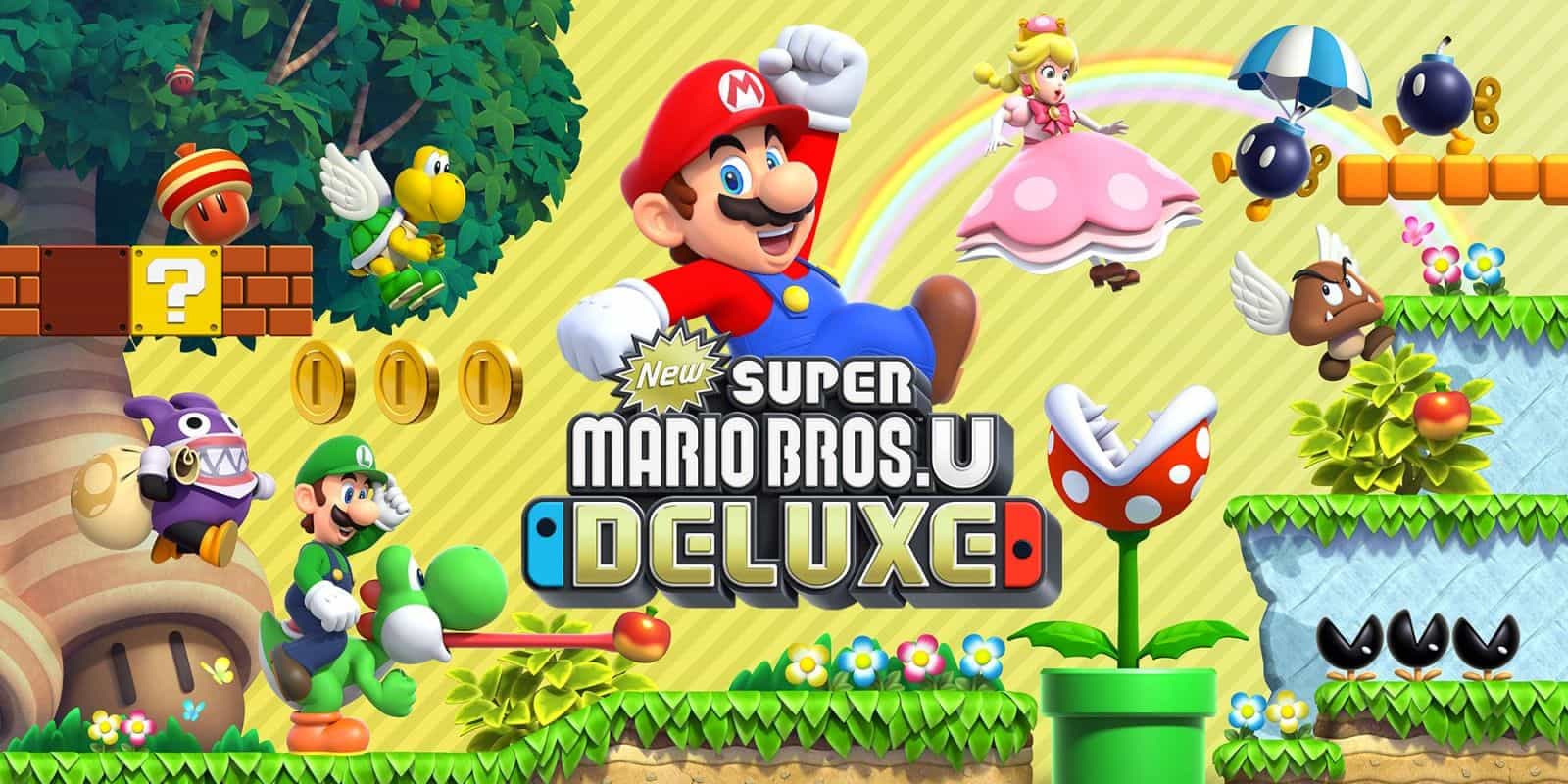 Discussing the world of videogame, perhaps this is an overwhelming topic and also a fast-moving historical flow with countless ups and downs. During the long journey of more than 40 years, countless games were born and left their mark on the milestones of the years. There are games that reach glory to become an icon, but there are also games that silently disappear after the blurring dust of time. However, during that long journey, there was only one line of games – or rather, a single character with the honor of being the symbol of the entire videogame industry.

Although not a veteran gamer, or even without even playing games, perhaps none of us who don’t know the plumber who is cute, funny, all day eating mushrooms Replace rice, right? Indeed, since its debut in Donkey Kong (1981), until today after 37 years, Mario’s iconic power has only increased without decreasing. Possessing more than 200 titles related to his, from orthodox to spin-off, really no one has the ability and size to compare the king of the “old village” character from this Nintendo.

Contribute in almost all types of games that exist in the world, from action, role-playing, tactics … to both antagonism, sports, puzzle …, it can be seen that the naturalization as well as level “Easy to integrate” has brought Mario an unbeaten position on all fronts. In the entertainment industry, the phrase “milking” is often used to satire the manufacturers who are not worried about breaking new things, but just stay rich from their existing brands. People cursed Square Enix, cursing Ubisoft, cursing the world … but few noticed that Nintendo was the master of this “long-term milking” art.

It may also be partly because Nintendo knows how to make this category of “milking” so subtle that it is difficult to recognize, or it may be because each time “squeezing”, they add up. that’s all kinds of spices to turn it into something new, or at least to the extent of “trying to innovate.” The second case seems to be more correct, when the fact that every series of other slightly different games in the world has to change itself to make the fans “bored”, the mainstream Mario series still shows “one color”. my forever. Indeed, with the exception of graphics that are increasingly following the trend of the masses and some mild “spices”, Mario’s core play has not changed at all, even if only a little.

Launched on the Wii U in 2012, New Super Mario Bros. U is the latest version of the mainstream Mario series. It is fair to say that this is the best version, regardless of the aspect: graphics, gameplay, game design or replay value – all are superior. The only weakness is that the Wii U is a “premature” system, something that is fixed on the day of its release. Understanding this, and not wanting a good game, too good to disappear, Nintendo has “revived” it on the Nintendo Switch on January 11, 2019, just recently named New. Super Mario Bros. U DELUXE.

With its super milking “peasant-witch” hand, an old 7-year-old game is “revamped”, “butt cheek” with the price of “high” USD 59.99 – the privilege that people can only find super AAA titles. It is even more bizarre when it ranks the top three best selling Nintendo Switch game sales at launch. So where does this “miracle” come from? Please read topic to learn through the following review!

Usually when “port” back to the old game, most game companies just want to “earn” a bit of porridge from the player’s nostalgia. Therefore, the price of these games is usually not too high, only approximately under 29.99 USD. But with New Super Mario Bros. U DELUXE and the price of US $ 59.99, many would think that Nintendo was crazy, or too delusional into the aura of the past. But no – Nintendo is not crazy, and they are also extremely realistic: New Super Mario Bros. U DELUXE is sold at this “high” price because it integrates DLC New Super Luigi U (which is worth 19.99 USD), bringing the total number of screens to 164.

Understandably, if the old Wii U players wanted to own everything, the price paid was $ 59.99 (original game) + $ 19.99 (DLC), approximately 80 USD – so, at a price only For only $ 59.99 for both and the event of doubling Coin if purchased in advance (300> 600 Coin) digital version, this can be considered a great price for fans of this series. Not only that when New Super Mario Bros. U DELUXE also brings players to 5 characters with different gameplay to enhance the experience (Mario + Luigi + Toad of the original, Luigi’s Nabbit, and the brand new Toadette character).

Mostly, “pagan” people still think that Mario is a game for kids – but in fact it is completely opposite, when the difficulty of this series is quite high in platformer genre. Being aware of this and not wanting to discourage players, DLC Luigi has introduced the character Nabbit – a “cheat” form when he is almost immortal and can run through everything. However, this addition may seem a bit “too” when playing normally, it is too difficult to hold Nabbit too easily, New Super Mario Bros. version. This U DELUXE introduced Toadette – the cute little sister of the Toad dwarf captain. With the ability to jump two steps and “speed skirt fly” when transforming, Toadette makes new players feel “breathe” significantly more but not too “break the game” as Nabbit.

In addition, it is understood that these 164 stages have been exploser by the “loyal fans”, so New Super Mario Bros. U DELUXE has definitely … to help you “overcome difficulties” with a massive collection of videos that guide you through difficult levels, find secret coins, or “super-big” challenges (through the screen, vacuum touch the ground, cross the screen to kill all enemies …). Indeed, with the exclusive selective videos and being elaborately edited, the effort and time that gamers have wasted when having search on … YouTube has been greatly reduced.

Is a game released 7 years ago, a long enough time to make everything sink into oblivion with the speed of rapid development of technology – but it seems Nintendo is a once again proved its miracle, when making a “10 years still works well” like New Super Mario Bros. U DELUXE. It seems that the brutal test of time, which has caused countless other games to fall apart, has no effect on New Super Mario Bros. U DELUXE both. As someone who has played both the Wii U and Nintendo Switch versions, the writer can confirm that Nintendo has not upgraded or added graphics to New Super Mario Bros.. U DELUXE – everything is the same as it was in 2012.

where can you get a New Super Mario Bros. U Deluxe online

However, when placed on compare with 2019 standards, whether in the mode of docking (720) or playing on screen 43 “(1080), graphics in New Super Mario Bros. The U DELUXE is still gorgeous and beautiful – if not to say, to break a large number of other “modern” game titles. Of course, for Nintendo, “beautiful” has never been related to shiny, sharp 3D models, “real” surface veins, or male-female-beautiful female characters like dreams. . The beauty in Nintendo games, especially New Super Mario Bros. U DELUXE, again expressed through the roundness, roundness when it comes to characters that are antagonistic or righteous – come with bright tones, eye lashes, and achieve absolute harmony.

For those who make games, it is not too difficult to show things like “real” – because it only needs meticulousness, hard time, and the power of technology. The difficulty is that when people have to to deform their characters so cute, funny, but still possess a very unique charisma, not going into the path. Because, just a little distorting in proportion and body parts, “molding” 3D models and performing animations will become extremely difficult when everything is no longer in framework anymore. Therefore, ants create a colorful world with its own signature like New Super Mario Bros. U DELUXE is not a simple matter.

Players can see the huge investment of New Super Mario Bros. implementation team. U DELUXE, through the vast world with countless scenes in the game: from green hills to mystical deserts full of relics, from murky tunnel sections filled with threats to ” Sea of ​​clouds “dreaming in the sky – all bring very separate feelings, but still harmonize with each other perfectly, spotlessly. Even the movement, jump, slide … different among characters also create many interesting experiences, fully convey to players of the quintessence of the legendary game series is not this age.

From time to time, Nintendo has always been at the forefront of creating countless surprises for the world. It seems that the things they think, the things they do, all are out of the ordinary of the world. Still knowing the Japanese were rich in creativity and always knew how to break the rules, but Nintendo even brought things up … a few new heights, beyond the “ceiling” of this earth. One of the most vivid demonstrations is the Nintendo Switch magic system, something built from new ideas, but itself is the breakthrough of all prejudices.

One of the unique features and the most thorough use of Nintendo Switch – is the ability to play games 2-4 people anytime, anywhere. Just turning around JoyCon is that we have two small, beautiful handles, but we have a full range of “internal forces” for the two to “battle” the game anytime, anywhere. Therefore, it is not strange that most games on Nintendo Switch emphasize on the internal players on the same machine with the co-operative criteria of 2 – 4 people.

However, incorporating that feature into a long-standing platformer like Mario, seems to be a taboo, inconceivable. From time to time, when it comes to “playing Mario two people”, people only think of each person turn over the screen to see who plays “smoother”. But Nintendo still figured out how to make people say “this is stupid” when announcing the New Super Mario Bros. U DELUXE can support up to 4 players at the same time in one stage. Countless question marks arise when the number of players will normally increase according to the difficulty and screen layout – which cannot be changed in platformer games that are designed only for … one person.

Yet Nintendo still accomplished this seemingly impossible “mission” – in a very personal way. Indeed with New Super Mario Bros. U DELUXE, players will be able to first experience a unique feeling when they can join their friends / family to stand side by side in a … Mario play. Chaos, crazy, laughing, “fighting the screen”, “I kill you!” … are the emotions that are often found in those who “miss out” to participate in this regime. Normally, playing co-op means cooperating to destroy a strong enemy, or at least bring a feeling of being able to “support the team” – but with New Super Mario Bros. U DELUXE, co-op is synonymous with super divine “squeeze” that hardly anyone can think of: preparing to jump with someone from behind running to kick his head … down the hole, or having kids carefree ”picked up a turtle shell and slipped his hand … straight into his face. In fact, the writer has never had any painful and interesting experience with the feeling of playing New Super Mario Bros. U DELUXE co-op with your “precious friends”.

One thought on “New Super Mario Bros. U Deluxe”