With the Samsung Galaxy S7 Edge, you can handle it and use it neatly in the palm of your hand without the annoyance. The position of the physical keys such as the keys increase and decrease the volume, the power button. As well as the position of the speakerphone and the MicroUSB port remain unchanged. You will have a device designed seamlessly, more sure because it is Samsung’s water resistant feature back since the Samsung Galaxy S5. With the IP68 standard, the Galaxy S7 Edge can operate normally underwater at a depth of 1.5 meters in 30 minutes.

In addition, an issue that users are very interested in is the expansion card slot – a feature not available on the Samsung Galaxy S6, S6 Edge now appears back on the Galaxy S7 Edge and supports up to 200 GB. This is really good news for tech fan because now the worry of lack of memory has completely disappeared.

The Galaxy S7 Edge camera also marks a big change when it is no longer as protruding as before because Samsung reduced the resolution to 12 MP. You will not have to worry about scratching the camera every time you put it down.

The Samsung Galaxy S7 Edge has a 5.5-inch Super Amoled display with 2K QHD resolution of 2560 x1440, similar to the previous generation, with a pixel density of 543 ppi. The display machine is excellent, bright colors, clear, high-definition detail. When used outdoors, I feel very satisfied because the machine is still very clear, not as glare as some of the previous equipment that I have used.

In addition, the Galaxy S7 Edge also has a feature that I feel very useful, which is Always On. With this feature, I save a lot of time checking time as well as message or call notifications because I do not need to turn it on and it’s great not to waste too much battery of the machine.

Currently, Galaxy S7 Edge is running on Android 6.0 operating system with traditional TouchWiz interface. After a period of experience, it seems that Samsung has not optimized the TouchWiz interface. Machines sometimes have a bit lag when manipulating the scroll through the application page. This phenomenon is not much but this is really a point minus Samsung needs to fix.

I can quickly open the camera and shoot instantly by pressing the Home key twice. This is a very great and useful feature that Samsung has taken up since the Galaxy S6 line. In addition, the fingerprint sensor is also integrated into this Home key has a very fast and accurate recognition speed. I highly appreciate the integrated fingerprint on the Home key because it is very convenient, not like some other companies put it on the back of the machine because each time you want to open the machine you have to hold up quite inconvenient.

The Galaxy S7 Edge’s enhanced screen has been enhanced as it allows you to add up to 12 of your favorite apps to your favorite instant access whenever you need it. In addition, there are some other interesting features such as double-click the Home key for quick camera access, instant messaging with the power key, etc.

I personally am most impressed with the Game Laucher feature integrated on the Galaxy S7 Edge. It helps me minimize any unexpected situations that may occur while playing a game such as incoming calls, messages, or accidentally getting out of the room by pressing the Back key and the multitasking key. Upon entering the game, there will be a small menu with lots of useful options like: No notifications in the game, return key lock, and recent screenshots or video wallpapers.

I can easily record the game play process to share as well as show achievements with your friends anytime anywhere.

One thing I find annoying is that Samsung only allows users to compose up to 3 SMS messages. If more will automatically switch to multimedia MMS. Hope Samsung will fix this problem in the future. 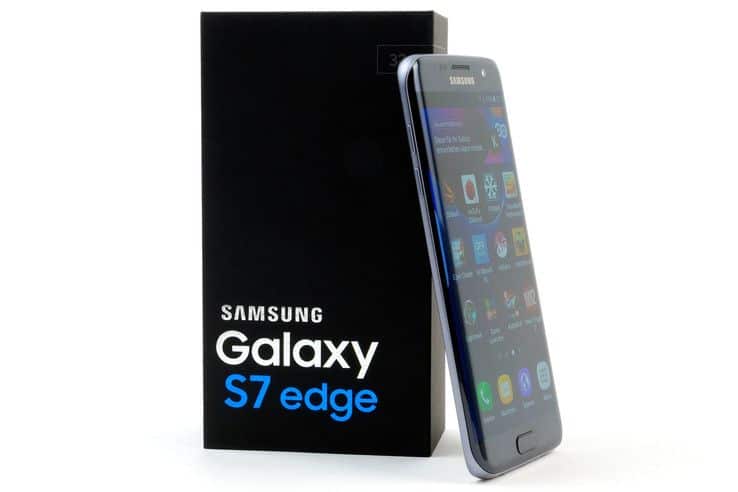 where can you get a Samsung Galaxy S7 Edge online

The Samsung Galaxy S7 Edge has two different chip versions. One using Qualcomm’s latest Snapdragon 820 chip and one Exynos 8890 chip is also the latest Samsung-made. The machine we are using is a version of the Exynos 8890 8-core chip with 4 cores at 2.6 Ghz and 4 cores at 1.59 Ghz.

With the latest Android 6.0 operating system with 4 GB of RAM, its Galaxy S7 Edge scored a very high Antutu score of 130650 points. This is really a monster of performance. The machine runs very fast, 4GB RAM for very good multitasking latency almost negligible. With this great configuration, I believe S7 Edge is not bothered with any heavy titles. In addition, the Galaxy S7 Edge also equipped with liquid cooling mechanism to better heat dissipation, making machines always run faster, stable and have better battery life.

As mentioned above, Samsung has reduced the resolution from 16 MP on the Galaxy S6 to 12 MP on the Galaxy S7 Edge. Maybe many will think this is a retreat, but I see this is a big step forward for two reasons. Firstly, the camera is no longer protruding as it once was. Second is the 12 MP camera that gives you quality images beyond your imagination, amazingly great. The focus of the Samsung Galaxy S6 has been rated as fast, the Galaxy S7 is much faster in any light condition due to the latest Dual Pixel technology.

In addition to the Auto mode, you can also choose manual mode with a lot of deeper customizations such as EV, white balance, ISO or shutter speed. The Galaxy S7 Edge is capable of up to 10 seconds exposure with RAW shooting as well as other capture modes such as panning, select focus…..

In terms of video recording, the Galaxy S7 Edge has 4K video recording capabilities along with many other modes like Time-Slape, Slow-motion or live broadcast.

The front camera retains 5 MP but with the same f / 1.9 aperture as the main camera, you can better capture yourself in low light conditions.

With Quick Charge 2.0, it only takes an hour and a half to fully charge 100% of the battery and use it one full day at a high frequency. The average onscreen time is about 5-6 hours.

Above is the overall assessment of the flagship Galaxy S7 Edge after a period of experience. Currently I am very satisfied with it. According to me, it deserves to be the best smartphone today with what Samsung has equipped. It can be said that this is the number one smartphone in terms of sophistication from the design as well as the monster with the hardware configuration inside. 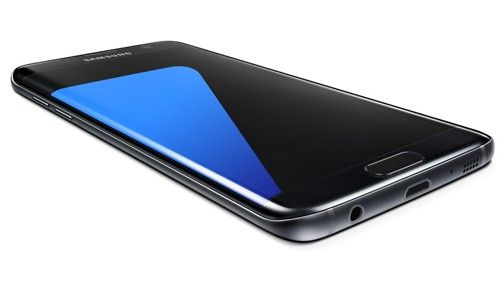