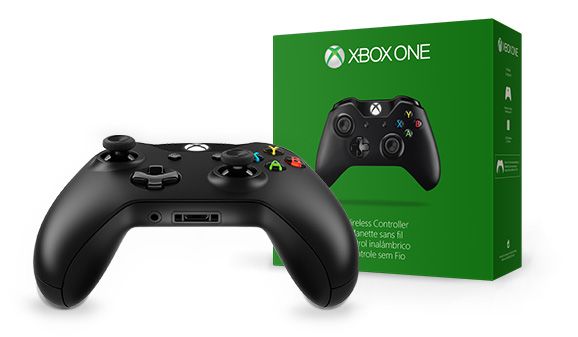 On the market there are many different types of gaming handles but the most popular is still the Xbox 360 Controller handheld from Microsoft. This gamepad is prominent in design as well as features that are reasonably compatible with many games today. It is even considered the perfect handgrip, the “gold standard” for gamepad gaming, because it gives users comfort and high accuracy.

The Xbox One Wireless Controller 2017 gamepad basically does not have the same size and weight as the Xbox 360 Controller’s predecessor. But in terms of design, there are notable changes that Microsoft says they have had to study very closely to bring the user more relevant.

Specifically, this handle is slightly flatter design direction, the angle is still rounded but masculine look and more aesthetic. This causes the Xbox 360 to become rough, especially the convex areas that rise above the surface such as the legs of the analog stick, the D-pad, or the logo.

The Xbox One Wireless Controller 2017 uses a plastic surface that has a glossy, glossy surface for superior feel, and grips firmly on the grip, without any sweat or slipperiness as in the previous generation. On the top side, the need for the Analog is reduced, a thin rubber ring around the neck is very firm and beautiful. On the Xbox 360, this rubbery layer was bad, and my three gamepads broke down after about half a year of use.

On the right side, the four action buttons are still “X”, “Y”, “A”, “B” with their respective colors: Blue, Yellow, Green and Red. However, these buttons are no longer as prominent as the older versions because the letters are slimmer, the background color is black instead of the color. The buttons are also closer together.

The Xbox One Dpad button comes back with a traditional crosshatch instead of a circular shape that makes it easy to navigate or maneuver to make it easier, more precise, and more comfortable to use on a continuous basis. For a long time.

The Xbox logo is also made smaller, flat against the surface of the device and taken to a higher position, separate from the other buttons to avoid false positives. As mentioned above, the legs of the Analog, Dpad and logo buttons are more rough and convex.

The contours on the handle have been redesigned to fit in different hand sizes. Buttons such as RB, RT, LB, LT are designed with larger cross sectional area, beveled and hugged in a way that makes the fingers easier to use and lighter and more sensitive than the previous generation. Will not cause the phenomenon of index finger fatigue as the Xbox 360.

The Xbox 360 Controller supports wireless usage with two AA batteries sold in the market. The battery compartment is also a big change when it is placed on the lower side, right in the body of the device. This makes the handle neatly neat, while balancing weight, comfort.

One of the biggest improvements to the Xbox One Wireless Controller is the replacement of the exclusive Xbox 360 interface by the popular microUSB port to connect to the PC. So it allows the user to use any microUSB cable instead of having to rely on Microsoft’s proprietary cable. With powerful compatibility, no need for any drivers for your PC, just connect and play the “Plug n Play” feature. The cable gland on the handle is very tight, it needs a lot of power to pull it out, and if you’re thorough, you’ll want a slim or sloppy microUSB port that will make the cable plug in nicer.

On the bottom, the Hardset port and headphone port are integrated, if you use a Hardset headset, you can order the Xbox One voice.

Inherited and improved from the previous generation, the Xbox One Wireless Controller basically gives me a very comfortable feeling. The buttons are responsive, smooth, lightweight but responsive. The Dpad feels better in the hands as well as emits a clear click sound, but the RS and LS buttons do not have this buzzer when pressed in the middle, making the experience and skill development of the PES 2017 gameplay. I was slightly affected.

On the inside, the vibration system is still integrated and works well despite appearing to be weaker than the Xbox 360. The ability to accurately return to the fingers causes cartons, shocks or presses. Throttle, in the DiRT Rally, you can imagine the traction of the tire on the handle of his.

Experience the title shooter, feel good in the game Call of Duty, such as when the bullets of weapons, you will feel the “weight” of the bullet when it pins the target.

The Bluetooth wireless connection is very fast, and I do not see a delay of 3m (distance support up to 5.5m). In addition to gaming, some actions can also be performed through this handle, such as navigation buttons, function options, view images, and more. Although there is no switch to turn off immediately when not in use, but fortunately this device does not consume battery capacity. If not used then about 10 minutes the device will shut down itself. Game testing for good use, up to nearly a week for normal use.

For PES 2017 – one of my favorite game genres, controlling the Xbox gamepad is a top choice, I’ve tried using a variety of models like Sony’s dualshock or Xiaomi gamepad … but not Which brings a good feeling like the Xbox gamepad. And the Xbox One Wireless Controller even made me even more excited.

where can you get a Xbox One Wireless Controller online

The Xbox One Wireless Controller inherits and improves on the Xbox 360’s most sought after design and performance, providing an exciting gaming experience.

For gamers who love console games, especially Xbox, the Xbox One is an indispensable device to continue to experience those games on the PC platform.

+ Connect to the cable via micro usb cable (also rechargeable)

+ Supports wireless use via Bluetooth with AA batteries

+ Compatible with PC (especially Win 10) and most PC games

– Two buttons RB, LB press down does not feel good 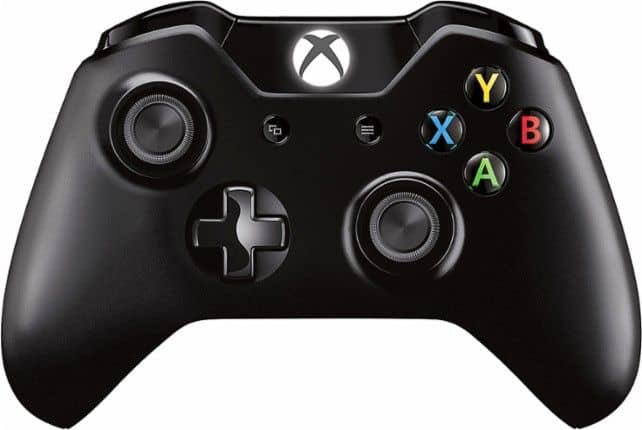 1 thought on “Xbox One Wireless Controller”