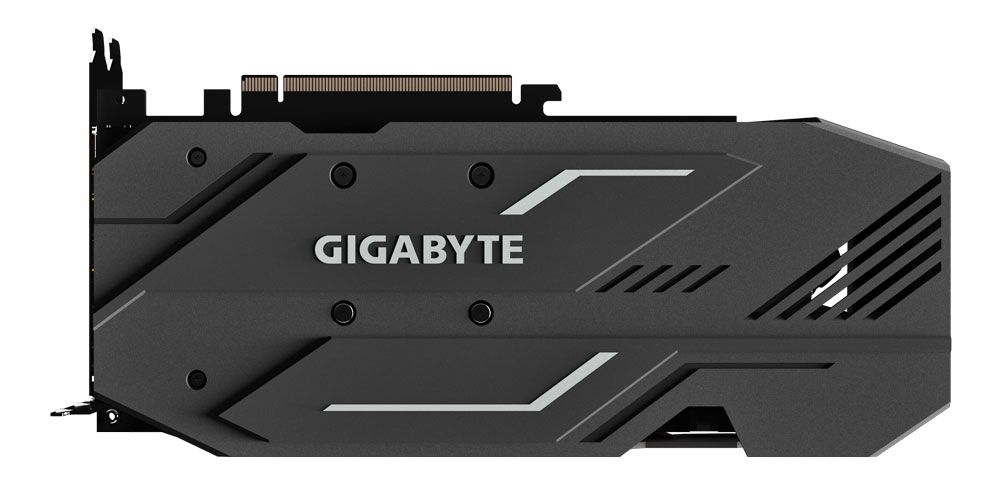 Gigabyte GTX 1650 Gaming OC 4G is a relatively new product from Taiwanese-made component maker Gigabyte, using NVIDIA’s all-new GTX 1650 graphics processor chip. “Hit hard” on the universal graphics card segment for low-end configurations. This is also the product launched to replace the product line using GTX 1050 processor chip has achieved a lot of previous success to become “heart” for entertainment machines, family gaming. However, since its launch, the GTX 1650 product line has also received many “comment” from the gaming community, saying that the product is not worth the price, and has many better options.

It must be said that, since Gigabyte’s “high quality” “went away” under the AORUS brand, its products were somewhat inferior in design, and Gigabyte GTX 1650 Gaming OC 4G did not must be an exceptional product. But it must be said that, when starting to use, the design of the manufacturer from Taiwan is still very “quality”, with a strong effect when used. First of all, we can design the outer shell of most products using plastic material, with a monolithic aluminum radiator “mixed” with red copper radiator tubes. Although not luxurious enough, the product is very light, lighter than many other products trying to follow the “fashion” trend. Lighter means that users can arrange cards in small cases, low-end mainboards should not “reinforce” iron pins for PCI Express slots.

It is so light, but the Hybrid radiator with “mixed” copper tubes with monolithic aluminum radiators still proved to be powerful in bringing the “heat” out of the GTX 1650 graphics processing chip out. Experimenting with stress program for Furmark test in a relatively long time, when the chip processed on Gigabyte GTX 1650 Gaming OC 4G was “forced to run” at maximum capacity, the measured temperature only fluctuated slightly from 67 degrees. Up to 68 degrees, quite “cool” and safe, users can even overclock a little bit more, this radiator still has enough “burden”.

Other small elements are also extremely well designed. As a universal graphics card, Gigabyte “favors” its products to 3 HDMI ports, suitable for low-end entertainment systems. The LED RGB color light system is also designed very simply, focusing only on the top of the card with the brand name logo, which is the traditional “display” of the universal case, enough for users to “show off” “and “play” with simple RGB color systems.

As a product for the popular graphics card segment, Gigabyte GTX 1650 Gaming OC 4G proved to be quite powerful enough to “reluctantly” encroach on the power of the current Mid-High segment, even comparable in strength to the popular GTX 1060 product. In the 3DMark FireStrike test, the product reached 8,201 points while with DirectX12 rendering mode test, 3DMark TimeSpy, the product could achieve level 3,784 points. This score is stronger than the other successful “elder” GTX 1050 Ti about 15% and also only about 10% less than GTX 1060.

When entering “real battle” with the current game. Gigabyte GTX 1650 Gaming OC 4G proved to be quite powerful when it can “carry” most “dinosaurs” games in recent years at the highest setting with 1080p resolution. Compared to the relatively “sluggish” appearance of GTX 10 years ago just to “take on” heavy games in the average setting.

Most games can run smoothly at high speeds, including quite new and well known games like Battlefield V, which also have an ideal average frame rate at 54fps. Shadow of the Tomb Raider possesses more complex scenes with shadows and lights, but still has an average of 41fps, but Assasin’s Creed Odyssey and Warhammer 2: Total War has a pretty good result. “Close” to safety threshold. This can be explained by Gigabyte GTX 1650 Gaming OC 4G’s RAM bus, which is quite narrow, only 128bit wide and small, only 4GB, so it is difficult to satisfy the many models of the scene at the same time in these two games. The RAM bottleneck is obvious when in some segments in both games, the frame rate drops to 20fps while the GPU’s processing speed drops to less than 70%. However, just reducing some of the effect settings, both games can still be played in High graphics settings instead of Ultra as in the tests.

Gigabyte GTX 1650 Gaming OC 4G is designed for high-end systems, so it is difficult for users to demand more advanced design features or materials from the manufacturer. However, it is hard to deny that the design of the product is not beautiful, not eye-catching, and it is not easy to attract gamers at first sight. Gigabyte’s design for its popular products creates a feeling of creaking, fragility and uncertainty compared to similar products in the same segment. With the price difference is not much, this is a minus point to make the product less attractive in the eyes of gamers.

Another major drawback to the product is that Gigabyte GTX 1650 Gaming OC 4G “requires” a 6-pin power supply to work “smoothly”, unlike the “predecessor” GTX 1050 that works. No need for external power supply. Although still not “waste power” in higher-end card lines, this is more or less difficult for users, especially gamers who intend to upgrade to older gaming systems power supplies are not very strong, or the power supplies do not own 6pin ports as power supplies in the last few years.