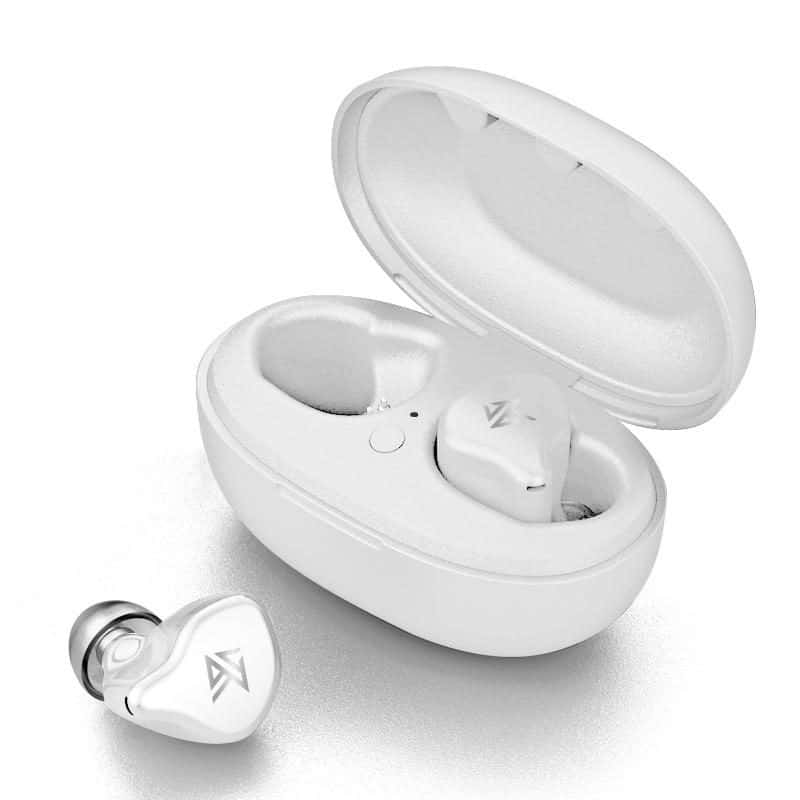 DESIGN AND FINISHING OF KZ S1D

KZ S1D has a housing look that bears resemblance to the former version of KZ T1. The feature of an in-ear monitor has always been the strength of KZ’s products.

KZ S1D is also equipped with a remote control like its older brothers, which provides the elegance and continuity needed for the housing part.

The housing cover is made from well-handled hard plastic. There are zero details that might show any excess plastic or indent. The bridge between the faceplate and the housing part is also designed tightly. KZ logo is printed under a cover-layer which could be seen with other custom earbuds for the purpose of durability and polish. Here’s also where the earbud’s remote control is placed.

Right next to the housing part are two small holes. While the one above serves as an air vent, the one below is essentially a microphone. The signaling light system is put at the tail end of the housing.

KZ S1D’s current box compared with the T1’s version is comparatively smaller. Since the size is getting smaller and the material is getting lighter, so is the weight.

A compact box comes with a comfortable grip. The lid is installed with a magnet that makes the opening and closing more precise.

At this price range, KZ S1D is one of the rare TrueWireless in the market with a type-C portal.

Right next to the signaling light system is a button that serves to check the battery condition. In case the users do not read the manual, plenty of them will miss out on this function because of the button’s miniature size. Press on it, and the light color will indicate how much battery it has left.

CONFIGURATION AND TECHNOLOGY INSIDE KZ S1D

KZ S1D is equipped with a chipset Bluetooth 5.0 with codec support, mainly SBC and AAC.

KZ S1D configuration features only 1 driver dynamic, different from KZ S1 which has up to 2 drivers.

It’s unfortunate that KZ S1D is not waterproof. Thus, you can only use the earbuds under a normal environment, and they also did not recommend using during sports activities.

The pros of KZ S1D is its ability to keep the remote control that makes it smoother to use.

Lastly, the battery hours on the KZ S1D might disappoint its users as its maximum threshold is 3 hours.

EXPERIENCE AND QUALITY OF KZ S1D

KZ S1D gives out the similar feelings of other ZS version of KZ such as KZ ZS10 Pro or ZSN Pro. Because of the housing part’s considerably large size, it’s not a product for everyone, especially female customers. In my opinion, KZ S1D fits and holds on to my ears really well. The housing part is not that noticeable when you put it on.

The bandwidth is measured around 100 ms, not too bad for watching movies or playing video games. At a more advanced KZ S1 version, you will be provided with a special Game Mode that sets the latency to 0.

Finally, about the sound quality: KZ S1D has a V-Shape sound that focuses on bass and treble, having no competition with the same products at this price range.

Bass: The bass on KZ S1D is well controlled, compactly built, and does not make your ears rumble.

Mid: Pure, transparent but thin, and mainly focuses on the high-mid. The vocal does not sound that natural, especially when it comes to male vocals. Listening to female vocals would be more enjoyable because of the high-mid being pushed up. The instrumental part is considered one of the best compared to the ones in the same price range.

Treble: It’s up there but not too smooth and a little bit raw. Maybe the product needs more burn-in time to improve in this area. Fortunately, KZ S1D sound does not feature any sibilance so overall it should be easy to be listened to.

Soundstage: Average, not too impressive but comfortable enough.

KZ S1D is suitable to listen to different genres of music, especially the ones with the joyful vibes such as Dance, Pop, R&B, Funk, Alternative Rock…

KZ S1D is a True Wireless product in the cheap price range but does not serve for a wide audience. While it does not have a great battery duration and is not waterproof, the sound quality surely makes up for it. Therefore, only people who are truly passionate about music would go with KZ S1D.

where can you get a KZ S1D online