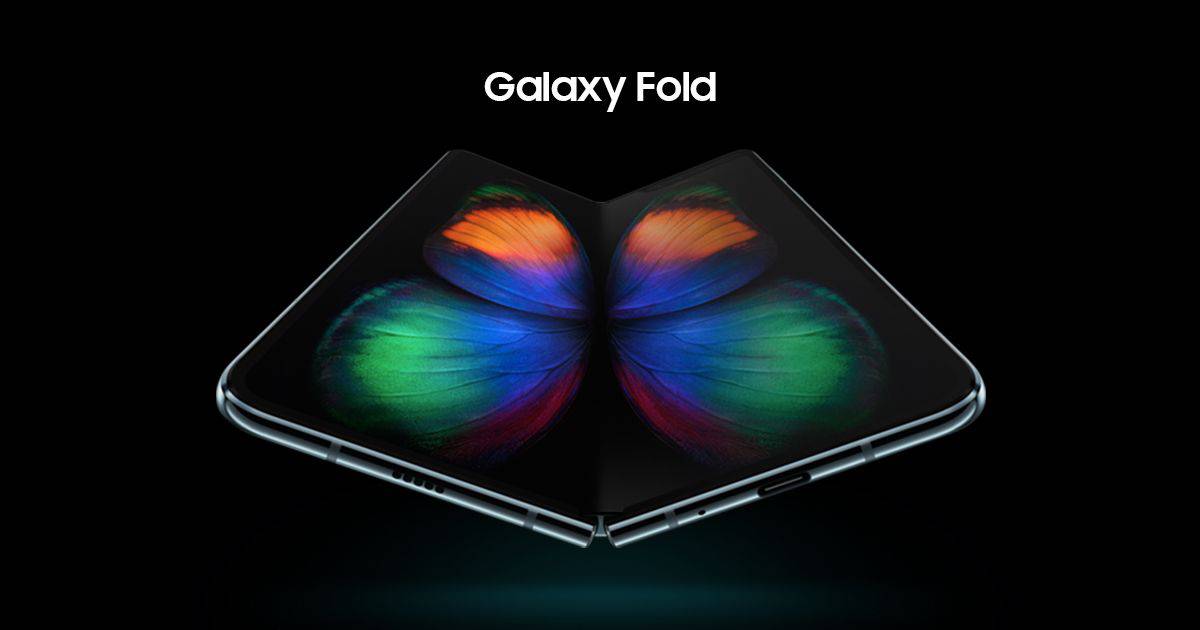 The foldable screen is a design be heard from a year ago when many manufacturers embarked on turning this idea into reality. However, by the beginning of this year, there were only two products that possessed this shape. It’s Huawei Mate X and our main character in this article Samsung Galaxy Fold.

To keep the screen of this smartphone closed when folded, Samsung used springs and magnets. It can be seen that the magnet’s attraction is quite strong because it makes quite a noise when folding the phone. Moreover, Samsung is quite proud and confident in this rugged design, the life of the device is 200,000 fold, corresponding to 5 years of use.

Users do not need to worry about the hinges of this machine because the two halves held together cannot open themselves without using both hands. However, it is not without design imperfections.

It is because of using the “innie” design that this smartphone cannot open completely flat. Users will have to be familiar with this when using. Moreover, even though I tried to minimize the size of the hinges, I still left the space between the two screens when folded.

Although folding the main screen in for better protection, the aforementioned gap will be enough to allow small objects to fall inside to scratch the screen. That ability is small but still possible, users need to keep their device carefully.

In a folded state, Samsung Galaxy Fold is twice as thick as the Samsung Galaxy S10, a few millimeters longer, but narrower. With weight of 263g not too heavy, users can put the device in a pocket.

Samsung Galaxy Fold has the size corresponding to a small tablet when opened. It uses Dynamic AMOLED screen 7.3 inch 2048 × 1536. Without calculating the status bar at the top, the display ratio will be 4: 3. In the upper right corner of the device, Samsung includes 2 selfie cameras. Perhaps many people will not be really happy with this design.

By using the innie design, Samsung has equipped an external monitor named cover screen (cover) to make it easier for users to use simple tasks such as viewing time, making calls and even shooting in a folded state. Galaxy Fold owns a 4.6 inch Super AMOLED cover screen with 21: 9 aspect ratio (720 × 1680).

In terms of specs, Samsung Galaxy Fold owns Qualcomm Snapdragon 855 chip and there is no variant version of Exynos chip. Besides, the device’s RAM is 12GB with 512GB internal memory.

Samsung Galaxy Fold does not own fingerprint sensors under the screen like Samsung Galaxy S10. Instead, the sensor is placed on the right side of the device. At the top of the sensor is the power button and volume up and down keys. The device’s battery has a capacity of 4,380mAh which combines fast and wireless charging and reverse charging.

Besides, there are a few features on the high-end Galaxy S smartphone that do not appear on Galaxy Fold. It can be mentioned that there is no standard of dust and water resistance due to the gap when folding the screen. It is also not equipped with a 3.5 headphone jack and does not support microSD card.

As a device with a completely new design, Galaxy Fold also needs a new software to bring the best experience to users. We can say Samsung has quite invested in this respect.

The layout on the main screen and cover screen is completely separate, users can set up two different desktop screens. Thus, the calling program will be able to be installed in the cover screen. Moreover, when making a call if the user opens the device, the device will automatically switch from the headset to the speakerphone.

The switching of screen between folding and opening is also quite smooth thanks to the operation of the original applications of Samsung and Google. You can even continue to use the task at the cover screen on the main screen and vice versa.

In the screen opening state, the machine will have a screen split mode, which opens multiple applications at once. Users can swipe from the right to select compatible applications and use on the same screen with a large window layout and two small windows next to them. This mode will also work when rotating the screen.

Another noteworthy feature is that when you experience the game, the screen will only rotate in one direction so that the user does not manipulate in the other direction which will result in holding the device in the wrong position such as covering the speaker part, causing the speaker to noise sound. This feature is already available on some other Android tablets and Samsung has decided to deploy on the Galaxy Fold series.

But there is still a software limitation when using the camera in a folded state, the cover screen will not display the viewfinder when taking photos. This is also the difference of innie and outie design.

Samsung also equipped a camera on the cover screen so that users can selfie in a state where the phone folds without opening.

It can be seen that the experience that this device brings is quite amazing. Although the high cost, but the fancy design Samsung Galaxy Fold will bring a new future for smartphones.

where can you get a Samsung Galaxy Fold online