amazon Ori and the Will of the Wisps reviews 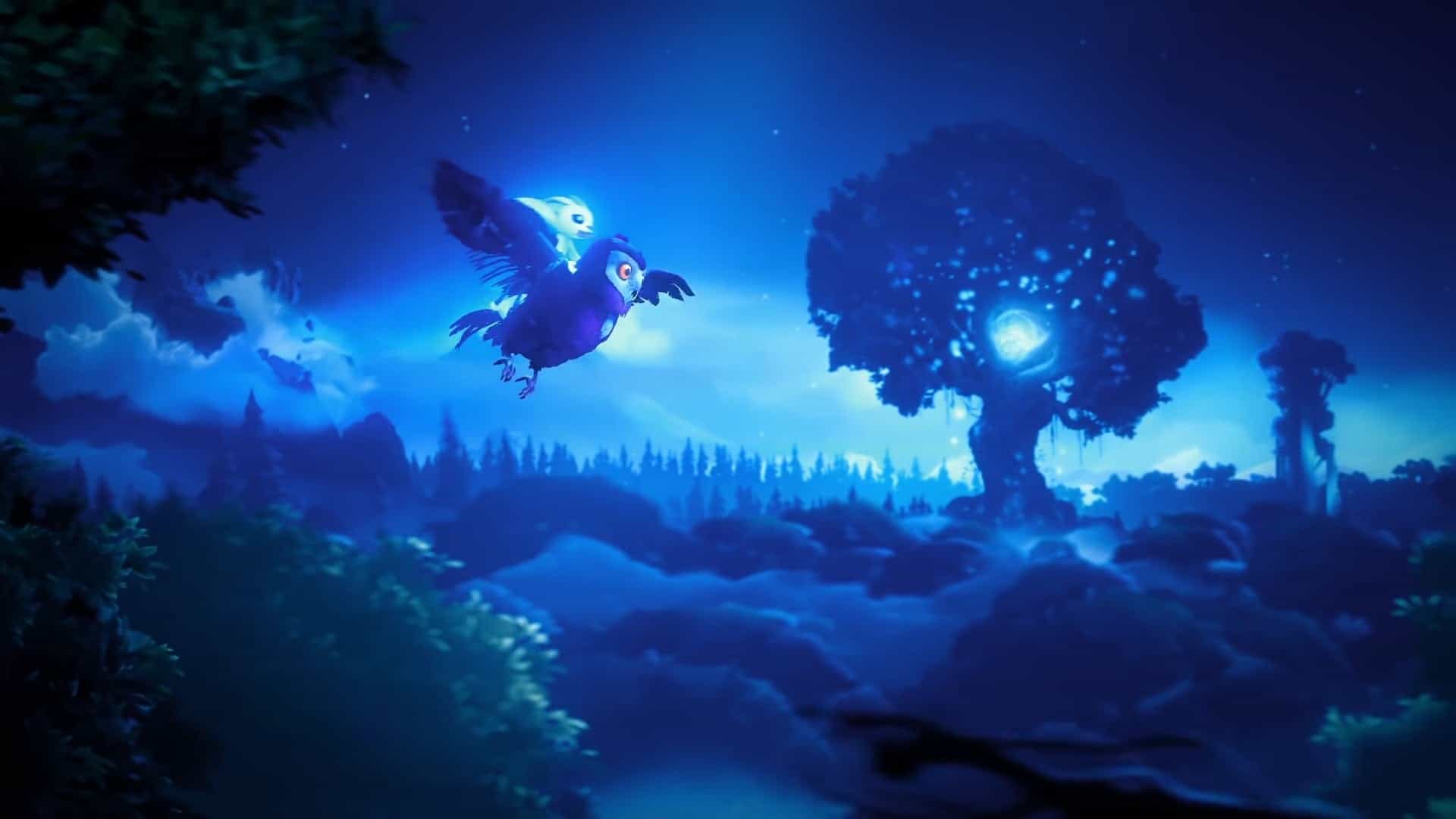 Ori and the Will of the Wisps – The sequel to the excellent Metroidvania landscape game Ori and the Blind Forest used to stir the gaming community with excellent visual styles, great music, and interesting gameplay despite certain limitations.

As a sequel that took 5 years of development and such an outstanding predecessor game, Ori and the Will of the Wisps must do a lot to be worthy of its name.

Fortunately, Moon Studios has given us a great sequel, continuing to promote what Ori and the Blind Forest did well and expanding the game with many other interesting ideas.

So what exactly did they do, let’s find out with Biareview!

The world of Ori and the Will of the Wisps retains the spirit of its predecessor while still shimmering, magnificent and overwhelming!

Each branch of the tree, the grass of the game is hand-painted and the spotlight is extremely delicate and vivid, with equally detailed background images, and the diversity of the game’s visual styles makes Ori and its visual experience special.

The game is a large map with many segments, and each segment has an interesting visual style, such as the one that I like best – Baur’s Reach, a snow-covered area.

The area is dominated by the cold and white colors of snow but is “adorned” with gold leaf branches and smoldering lanterns, making the panorama look warm, like a natural scenery where players with Ori are immersed in to explore, adventure. This is separate from the green forest and full of life at other levels, making me excited whenever I discover a new area.

Of course, I will not reveal other interesting scenes in the game, which you will have to explore by yourself, but expect a variety of shimmering, magnificent, and magnificent visual styles of the game!

Although shimmering and magnificent like that, but the game does not “forget” the main role of the game is to help players overcome the challenges that they posed, so the game was very delicate to use the visual side to let players know where there are dangerous objects, where is the path of his magnificent style, nor do not forget to secretly guide players to the secret path of discovery, making the beauty of Ori and the Will of the Wisps rarely have the feeling of “unnecessary” or extravagant, but is an important factor to accompany players on their adventure.

All that visual magic, blending in with the wonderful soundtrack from the talented composer Gareth Coker is a truly special experience.

The thrilling segments are accompanied by epic and intense chamber music, the slower segments make the tempo of the music slow down, melodious and drag players into that shimmering world, making the player even more excited to discover more.

In terms of visual and audio, Ori and the Will of the Wisps did not disappoint its fans during the transmission, so what about the game’s gameplay?

Fortunately, the advantages of the previous version are maximized by the game, while the defects are carefully fixed.

The gameplay of the game has two main elements, the “platforming” part – touring the scene and fighting, and the game requires the player to be proficient and accurate in both factors.

First, let’s talk about the platform.

Similar to the first part, the movement of the game is still very complex, but now has many new skills, including Grapple – Ori unleashes a rope and “pull” himself towards the intended targets, Dash – Ori darted forward for a long distance, even in the air, Glide – hovering in the air and Burrow – Ori dug a tunnel into the ground and kept moving forward.

All of these skills combined with the skills from the beginning such as Bash, double jump … makes the variety of scenes be raised to a new level.

All the necessary skills that a player needs to advance in the game will usually be “unlocked” during the first 4 hours of the game, then there will be certain skills that you must go to a certain “area” to get.

That makes it very interesting to move from place A to place B of Ori and the Will of the Wisps.

Rarely do players have to combine all skills, but the movement also sometimes causes players to do so, but they also alternate the thorny (literally!) segments to require the player to think quickly to be able to combine those skills correctly to overcome them.

The highest climax is the intense chasing segments between Ori and the boss, requiring the player to respond quickly to stringing skills, making these chases become a test of the skill of the player. They have to think fast, react quickly and accurately, like the rest of the game, but now under intense music and a giant monster chases!

One of the common complaints about the Ori and the Blind Forest version is that the game’s battle mechanism and enemies seem to be too faint, seeming to hear this, Moon Studio has turned the post-production into a Castlevania game in their style when now, fighting is as thoroughly invested as other Metroidvania style games today.

The first innovation is that players are now offered a lot of … weapons!

From the Spirit Edge’s lightsaber to the Spike spear, or the return of the spirit spurting beams of light while walking with Ori …

These weapons are provided to the player through the Spirit Tree or the player buys with spirit points at an NPC called Opher, and the player can select up to 3 skills at a time.

The reason Ori’s skill set is so polished is that the enemy’s design of the game has been greatly improved.

Enemies in the game are plenty and very aggressive, they will charge, jump or fly to Ori repeatedly, requiring players to think quickly between using crowd control skills, or long-range or high damage to deal with these enemies, plus most of the game’s moving skills can be applied to combat perfectly, like Bash to turn an enemy’s attack into a weapon of Ori, or Dash to evade danger.

The fighting mechanism in the game is really in-depth and makes me excited with every clash because these are real challenges that require the player to be flexible and adept at using and combining skills along with moving skills.

However, the biggest bright spot of Ori and the Will of the Wisps are boss fights.

The huge bosses occupying half of the screen with countless “destructive” attacks are really challenging, with mastery in combining the fighting skills of the player, as well as chasing boss screens is the number one challenge in combining movement skills.

Ori and the Will of the Wisps – Xbox One: Buy it now

Ori and the Will of the Wisps (Original Soundtrack Recording): Buy it now

All of them,  all possess a very unique set of skills!

As a Metroidvania-style game, the discovery in Ori and the Will of the Wisps plays a very important role, players will have to constantly search for character upgrades as well as “rewards” scattered throughout the map.

So how does that affect the pace of the game?

The writer is happy to tell you that the game tempo is PERFECT!

One of the biggest frustrations of the writer is often seen with the “Metroidvania” style game: the rhythm of the game often breaks down whenever a player wants to rediscover an old area.

This happened in Ori quite a lot, but this time, with quite a complicated set of skills, plus the developer has predicted the direction of the player’s rediscovering direction, they set extremely sophisticated paths for the never-broken game tempo, the bosses/climaxes are kept in rhythm and built perfectly, making the excitement of each exploration/fighting segment never faded when playing games.

The game developer is really aware of what the player wants to do and will do, rather than giving up the scattered rewards.

Along with the game “adding” a new character named Lupo, who will “sell” to Ori the maps of that area which make the game discovery tasks easier.

Ori and the Will of the Wisps can absolutely be a perfect game if not because of too much bug.

I spent a lot of time with this review because I made a terrible game error that I could no longer play: the important scenes in the translation suddenly disappeared and the screen suddenly turned black, so I had to play from the beginning.

Not only that, but the audio bugs are also timed, or … disappear a lot, not to mention the frame falls below 30fps which makes the character dead really makes the game feel unhappy!

Even if you are easy to deal with these errors, they are too many, making the experience constantly “bumpy”, fortunately, many of them have been patched immediately, but they have affected the general experience quite a lot.