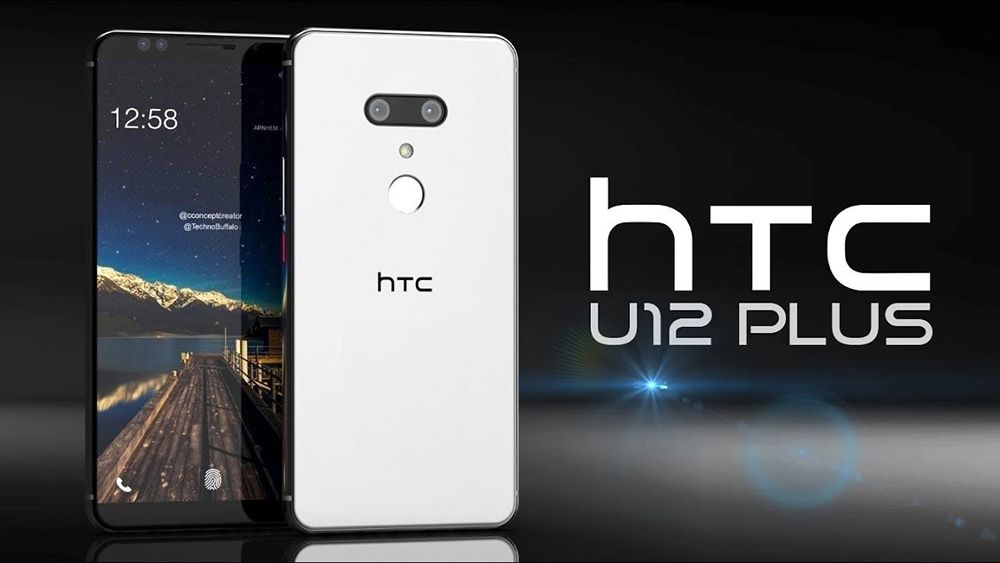 amazon HTC U12 Plus reviews

It is undeniable that this is one of the most beautiful designs we’ve ever seen, however, on the HTC U12 Plus, this design doesn’t have much change compared to the predecessor of HTC U11 and HTC U11 Plus. Still the familiar Liquid Surface design with 2 curved glass surfaces on the sides, comes with a new 18: 9 screen with a slimmed bezel.

HTC U12 Plus will be sold with 3 unique color options: translucent blue, flame red and black ceramic (or titanium). In it with transparent blue, the back of the machine is made transparent to be able to see some components inside the device, or flame red brings a smooth color transformation and sophistication between yellow and red based on different views. However, with the black ceramic color, this is actually just the name that HTC has set for this color choice, without any version of U12 Plus made from ceramic.

Another highlight that we can easily see is that with the HTC U12 Plus, the company eliminated all physical buttons, instead of touch keys. These buttons will vibrate slightly when the user manipulates to bring the feeling like pressing the physical keys.

Removing physical buttons will also help HTC equip the IP68 waterproof capability on its device. This is good news for users who often come into contact with water, go in the rain, or simply avoid malfunctioning when the device falls into the sink …

HTC decided not to follow the trend of “rabbit ears” screen that has appeared on too many smartphones from mid-range to high-end, instead the HTC U12 Plus will have 2 bezel edges on a little thicker. However, not so that the device becomes “rough” or worse than the overflow smartphone using “rabbit ears” design, on the contrary, U12 Plus creates a completely different accents than with products from other manufacturers.

This monitor uses a 6-inch LCD panel with a new 18: 9 ratio and Quad HD + resolution, for a good view, the good brightness comes with true color. With the screen on U12 Plus, HTC also incorporates the ability to support the DCI-P3 color range, making it more capable of displaying colors, making the multimedia experience even better.

In addition, HTC also brings the always-on screen feature that has been available on Samsung products to HTC U12 Plus as Smart Display. Users can customize what can be displayed every time the screen is turned on or set to always be displayed. However, due to the use of LCD panels, this feature can consume more battery power than Samsung Galaxy devices using Super AMOLED screen panels.

As a flagship of 2018, HTC U12 Plus will also bring with it an extremely powerful performance with the Snapdragon 845 chip from Qualcomm with 6GB of RAM. The daily usage tasks are extremely smooth, the machine can easily “battle” heavy games with the highest level graphics settings such as Asphalt 8, PUBG Mobile or Inter Alliance without encountering any phenomenon jerk lag or drop frames.

When tested with performance grading software, the HTC U12 Plus easily achieved impressive high scores. With Geekbench 4, the device achieved 2362 points for single-core performance, no less than what compared to OnePlus 6 with 2454 points and Samsung Galaxy S9 with 2144 points. Meanwhile, the multi-core performance of the HTC U12 Plus is up to 8910 points, compared to the OnePlus 6’s 8967 and 8116 points of the Galaxy S9.

Finally, the performance when tested by 3D Mark, the score of HTC U12 Plus is 4537, not too much difference compared to OnePlus 6 and Galaxy S9 with 4680 points and 4672 points respectively.

Last year, the duo HTC U11 and U11 Plus are two of the best camera smartphones in 2017, and the U12 Plus will not be an exception when this year, the camera also offers an excellent performance.

In terms of specs, the dual camera on the U12 Plus includes a wide-angle 12MP camera with an aperture of f / 1.75 and a 16MP telephoto camera with f / 2.6 aperture that supports portraits to erase fonts. Both will be integrated with OIS optical anti-vibration technology and electronic vibration protection EIS.

With bright conditions, there is nothing to say about the pictures taken from the HTC U12 Plus. The image has full details, neutral colors are not too bright, the machine reproduces very well details in both light and dark areas. In low light conditions, the U12 Plus seems to be “less” than the Huawei P20 Pro, but the U12 Plus camera will still be a worthwhile upgrade compared to its predecessor U11.

In terms of video recording, U12 Plus can record videos in 4K resolution with a frame rate of 60fps and slow motion recording 240fps in 1080p resolution. The 240fps number doesn’t seem impressive for 960fps on the Galaxy S9 or Sony Xperia XZ2, but it is still more than enough for the majority of users.

The selfie camera has an 8MP resolution with an aperture of f / 2.0 and an 84-degree viewing angle, without OIS anti-shake, so users can experience video quality problems when recording video vlogs with U12 Plus . In addition, the image quality on this selfie camera is quite good with the built-in beauty mode and AR sticker sets that allow users to pair images of funny animals.

where can you get a HTC U12 Plus online

HTC U12 Plus 128GB/6GB Dual SIM – Factory Unlocked – GSM ONLY, No CDMA – International Version – No Warranty in The USA (Black): Buy it now

HTC U12 Plus will be sold with 2 options of memory capacity of 64GB and 128GB, the price difference for these 2 versions is only $ 50. Users can also expand the memory via microSD card, support up to 2TB capacity.

HTC is one of the manufacturers that has “not design” the 3.5mm headphone port on their products, so it is understandable that U12 Plus is not equipped with this headphone port. However, despite removing the 3.5mm port, HTC did not offer a converter adapter between USB Type-C and 3.5mm. Users will have to spend more money if they want to own this accessory to be able to use traditional 3.5mm headsets, or will have to use a wireless headset.

Like its predecessor, HTC will also offer a USonic headset. This is one of the earphones that are of good quality, giving the audio experience an excellent sound. This headset is capable of analyzing and adjusting the sound to match the user’s ears, and comes with a quite effective noise cancellation feature.

The next highlight in terms of hardware is the equipped BoomSound range of traditional speakers on HTC U12 Plus. This dual speaker range is quite intense, the sound output is also quite clear and detailed. U12 Plus will also support Qualcomm aptX HD and Sony LDAC technology for a high quality 24-bit audio experience when used with wireless headsets.

Let’s take a look at biometric security. On HTC U12 Plus, the company has equipped a fingerprint sensor on the back of the device. In addition, HTC has integrated face unlock feature on U12 Plus. The unlocking speed of both features is extremely fast. The device can also be unlocked in low light conditions thanks to the “low light” mode available by HTC. This mode will increase the screen brightness of your device so that the camera recognizes the face that can work, but this mode can be annoying for some people at night.

HTC U12 Plus runs on Android 8.0 Oreo version with the familiar SenseUI interface that appeared on One M8, M9, M10 or U11 smartphones. However, it seems that HTC will need to update its default applications such as Weather, Dialer, Message or Clock application when the interface of these applications is almost unchanged since The HTC 10 was released two years ago.

The main screen of SenseUI will still include the “almost useless” feature, BlinkFeed, to make it easier and faster for users to interact with social networking sites, but it looks like no one uses BlinkFeed at all. This feature even displays irrelevant ads that are offensive to users.

The most special and brightest feature on the HTC U12 Plus is the Edge Sense feature of “edge banding”. With Edge Sense 2 on U12 Plus, HTC has made significant improvements from its smart rotation mode and new gesture manipulations. With “squeeze edge”, users can now set up any necessary actions such as launching favorite apps, controlling music, launching Edge Launcher, expanding or minimizing notifications or clicking activate virtual assistant Google Assistant …

Users can download Edge Sense Plus application to be able to customize more with this feature on HTC U12 Plus.

The battery is equipped on HTC U12 Plus with 3500mAh capacity, can provide a sufficient battery life for a day. However, in fact, the device can only last from 3-4 hours with continuous bright screen. The battery life is average compared to a premium flagship in 2018.

With the built-in Quick Charge 4.0 technology, battery life can be solved somewhat. However, users may not be satisfied when they have to plug in their devices. It also lacks wireless charging feature even though the back of the device is made of glass.