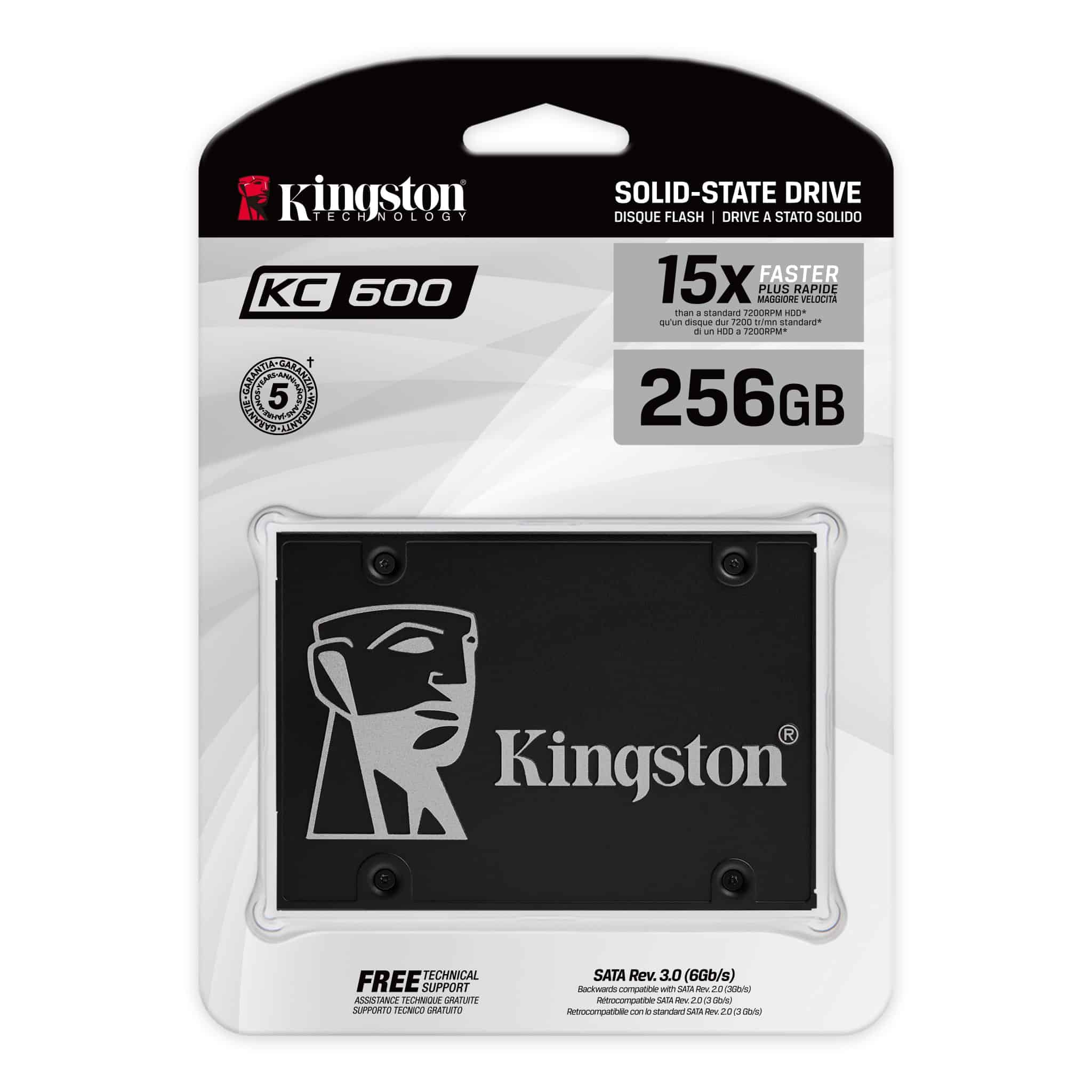 The Kingston KC600 SATA SSD is one of the best performing hard drives available today in the 2.5 inch SSD lineup, and the price is also reasonable.

If gamers need to add a 2.5-inch SSD to their build when there is no room for NVMe products, the Kingston KC600 is a must-have.

The Kingston KC600 is thin, compact, and has no performance degradation when performing high-capacity data recording. Although the price is slightly higher than other products in the same segment, in exchange for speed, this is still acceptable.

Products are sold in a variety of capacities, including 256GB, 512GB (tested version), 1TB, and 2TB. The Kingston KC600 has 96-layers with NAND TLC and Silicon Motion 2269 controller. The DRAM cache has a 1: 1000 ratio (1MB DRAM per 1GB of space). Kingston guarantees its equipment for 5 years.

The 512GB version tested in the article gave quite good results, among the hard drives with the highest operating speed.

The Kingston KC600 distinguishes itself from other products in its class in its stable write speed during the single 400GB file copy process.

The Kingston KC600 is a good hard drive that can be positioned among the highest speed products. The cost of the product may be higher than what you would expect, but in return for a product with high performance, durable performance, and long-term stability, it makes perfect sense.

where can you get a Kingston KC600 online