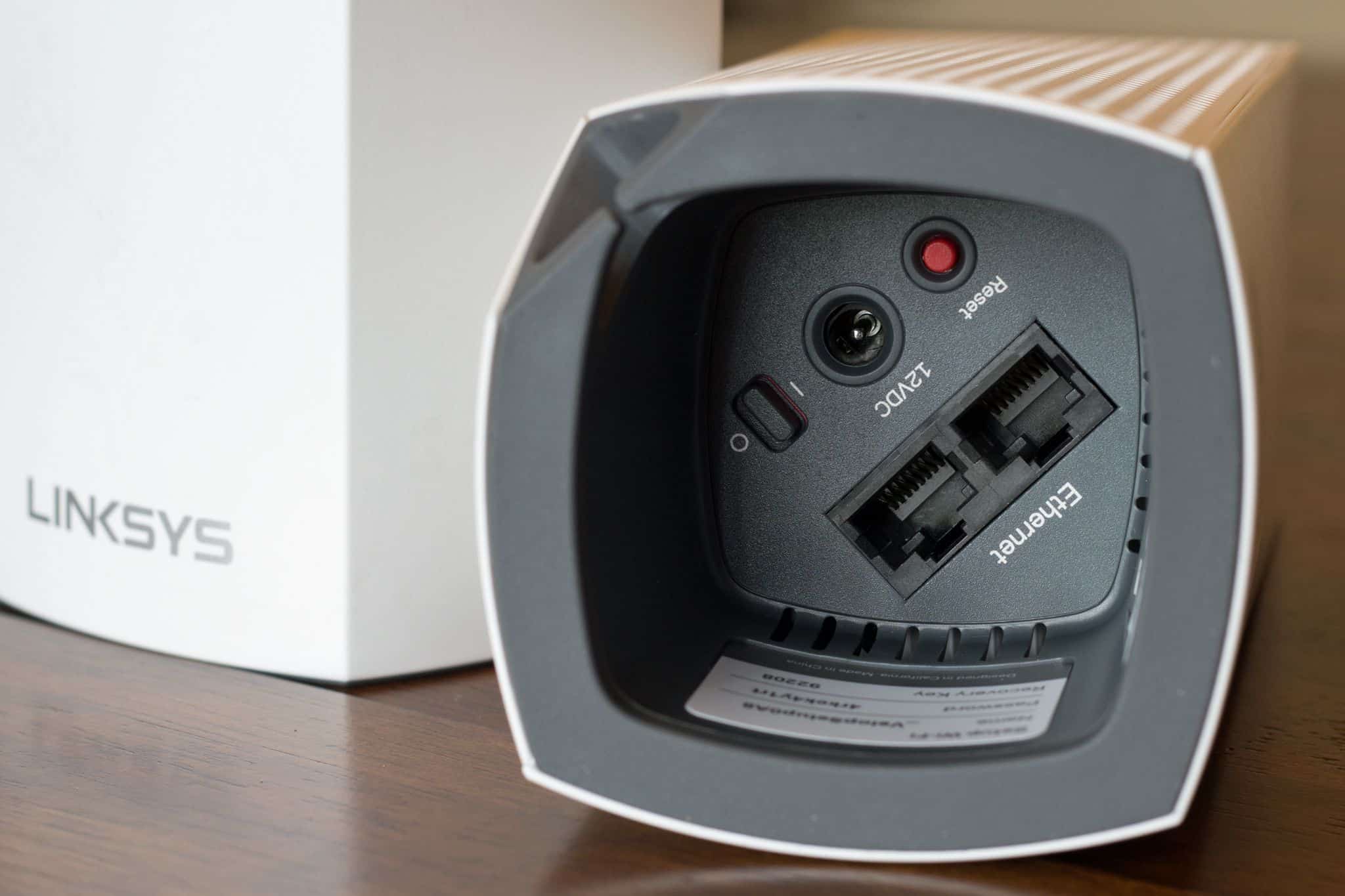 Wi-Fi for falling rates, loss of waves is a common condition that many households encounter. When the Internet is now playing an important role in human life no less than water, food and air; There are many solutions offered.

Cheap and most popular are the repeaters, but this is actually a measure of “temporary”, not to provide comfort, experience, stability, as well as speed for users. That’s why many people are eyeing Wi-Fi Mesh – Wi-Fi systems with multiple transmitters (called nodes), were born to work together and cover the coverage area large.

Velop is Linksys’ home and small business Wi-Fi Mesh solution. The Velop is available in a variety of versions, including dual-band and triple-band, each with a choice of 1/2/3.

The name “Velop AC6600” can make you think that the bandwidth of this system can reach 6600Mbps, but again, do not be fooled! 6600Mbps is actually the total bandwidth of 3 nodes, and each node is only 2200Mbps.

In addition, the Velop AC6600 supports a number of outstanding technologies such as 802.11ac, MU-MIMO, Beamforming, Bluetooth 4.0 (for initial setup).

In terms of ports, each node is equipped with two ethernet ports, a reset button, a power port, and a power button. At the top is a status light that informs the status of the network.

where can you get a Linksys Velop AC6600 online

To manage and adjust the Velop mesh system parameters, users will also use Linksys software on their smartphones. Some of Velop’s management and add-ons are:

– Check the status of the network

– Guest Access (Wi-Fi) feature. Wi-Fi for guests will have SSIDs and passwords separate from the main network, and devices that connect to Wi-Fi will not be able to see other devices on the same LAN.

– Speed priority for some specified devices in the network.

– Limit the time to network and / or block the website of the specified device.

In addition, Velop also has an administrator and installer that allows users to set basic parameters that every router has (DHCP Server, Port Forwarding, MAC Filter, DNS, password …) and updates firmware.

Velop is a good Wi-Fi mesh system, but not perfect in every respect. Speed and stability are the strongest points of the Velop, while during testing (~ 2 weeks), we had no downtime or node disconect as many other cheap mesh products.

However, the range of each node is not what I expected. Velop’s wall penetration is not very good, leaving the house still with Wi-Fi “blind spots”.