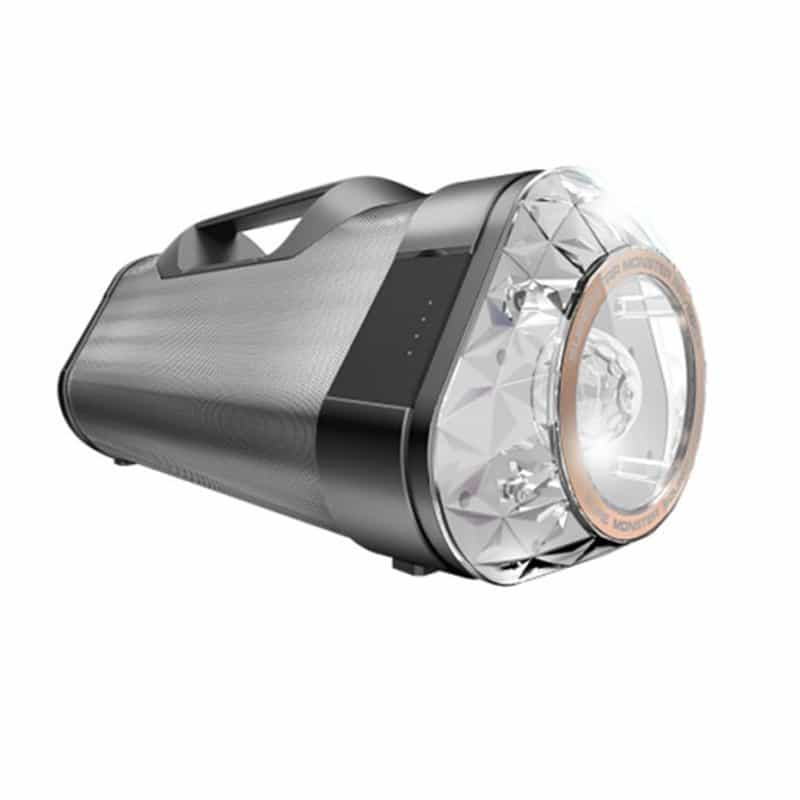 Gone are the days when young music lovers carried their Radio Cassettes when they went out to play with friends. As time passed, things changed, and along with the development of technology, many music players were born. Radio Cassettes are a thing of the past, associated with the music industry of the 90s. With the development of wireless technology, digital music boomed, and mobile devices became more versatile, so the need for a device. Compact music player, capable of wireless connectivity, small in size but loud and lively, from which Bluetooth portable speakers were born.

Radio Cassettes were very popular around the 90s, creating a trend among young people, bringing music to the street more.

BoomBox is the term for the portable Radio Cassettes that were very popular with young people in the 90s and carried on their shoulders when going out, thanks to that we have today’s hip-hop music. Monster Blaster is a portable speaker with a design similar to a BoomBox with a modern design, using wireless connection technology with deep and solid bass, Monster Blaster promises to bring music to life in a home and outdoors. This is a speaker with a sound you’ve never heard before. Monster Blaster portable speaker will bring you a musical feeling that seems to have been forgotten.

With the development of technology, portable Bluetooth speakers were born with a more compact, lighter design and bigger, more vivid sound.

Monster Blaster wireless portable speaker is designed like BoomBox with a modern design and integrates many advanced technologies and epic sound.

Monster wants to revive the classic BoomBox with the Monster Blaster speaker, so we can easily share our music with everyone around us.

Not many complicated buttons like the old BoomBox, the Monster Blaster speaker has only a few buttons, very simple to use.

– Allows you to choose the outdoor or indoor EQ music mode to set the listening mode you like.

– After fully charged, listen to music continuously for up to 12 hours depending on the volume level.

– Waterproof and shockproof: still great to use in rainstorms

– The subwoofer is designed Down-firing facing the ground to create powerful, deep, and spreading bass, this type of beating is extremely powerful.

– USB out charging port for other devices

– 3.5mm Microphone Level Input to plug in a microphone, so you can speak loudly in places where you need it, like teaching, going on a picnic,

where can you get a Monster Blaster online