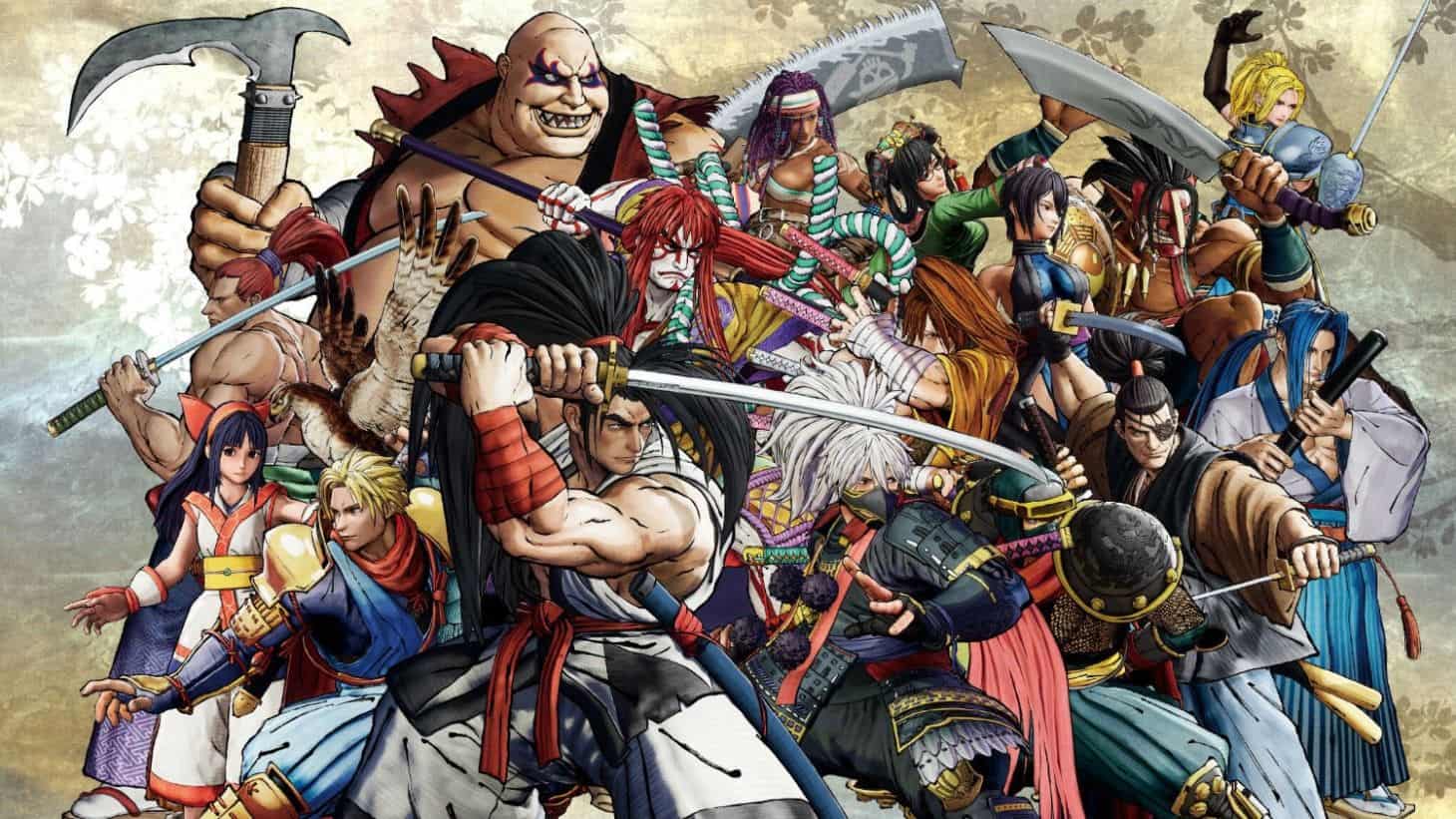 Not as flashy as the Guilty Gear series or Dragon Ball FighterZ with a series of epic continuous attacks, does not program a countervailing system like the Street Fighter series with the strength and skill, Samurai Shodown put all of its strength into attract players with a simple gameplay system.

Thanks to this, the player can pick up the joystick and play it with anyone, even though this is the first fighting game they play. Easy to play, easy to access is a strong highlight of this year’s Samurai Shodown, as well as the tradition of the series (one – two exception versions).

However, if you think that if a game is as simple as this, then anyone can play well, you are wrong. Tickets for Samurai Shodown’s “park” can be free but to be able to visit and understand all the entertainment spots, as well as stand high, the game requires some knowledge of the players as well as certain skills.

Samurai Shodown puts a heavy style on the basic characteristics of a fighting game, which is the number of frames, the distance of the character and normal, neutral attacks. If Street Fighter offers a high number of frames and distances to lay the groundwork for continuous attacks or create excitement and inspiration for its play style, then Samurai Shodown uses these elements as the core, create your own value.

Those who are hard-pressed to learn the game and apply their knowledge to these basic elements are rewarded with powerful defensive counter-attacks, phases that lure opponents to disarm or skill. dodge the attack to give an advantage to the character he controls.

Each character not only has different skills but also has different traits with different characteristics, but if the player does not take the time to study and learn thoroughly, the taste of bitter fruit in the fighting scenes. It is also common for battles in Samurai Shodown.

The game is designed by SNK at a low level to create a feeling for players that each battle is a one-to-one battle between swordsmen. A mistake often leads to a player’s swordsman losing an important match. In this style, Samurai Shodown emphasizes tactics, a point often ignored by most other fighting games. To win, players must think carefully about their actions. Reading the match and judging the opponent’s move is the key to winning, as well as the joy for the player in Samurai Shodown.

The biggest minus point in Samurai Shodown is that except for the story play, the single-player challenge and the training mode, the game has nothing for the player to play … alone. The game places heavy emphasis on the rivalry between players and players, and this Shodown Samurai performs very well and effectively, but apart from the antagonism between players, the replay value of the game has almost no attraction.

The current number of characters located at number 16 is also a small number for a modern fighting game, especially in the 16 characters above, there are 13 characters who are old, outstanding characters in The previous versions of the game and everyone knows. This makes the player’s surprise and excitement significantly reduced when they want to learn the characters in the game, choose their main characters to call thunder in the battle arena.

It is expected that there will be extensions, bring some other characters to the game, but with 4 new characters to be released every 2 months from here to February 2020, this speed is written by the writer It is slow and likely to cause players to forget about Samurai Shodown, especially when the fighting game is flooded with great, well-known titles like Soul Calibur VI, Street Fighter V or Dragon Ball FighterZ.

where can you get a Samurai Shodown online