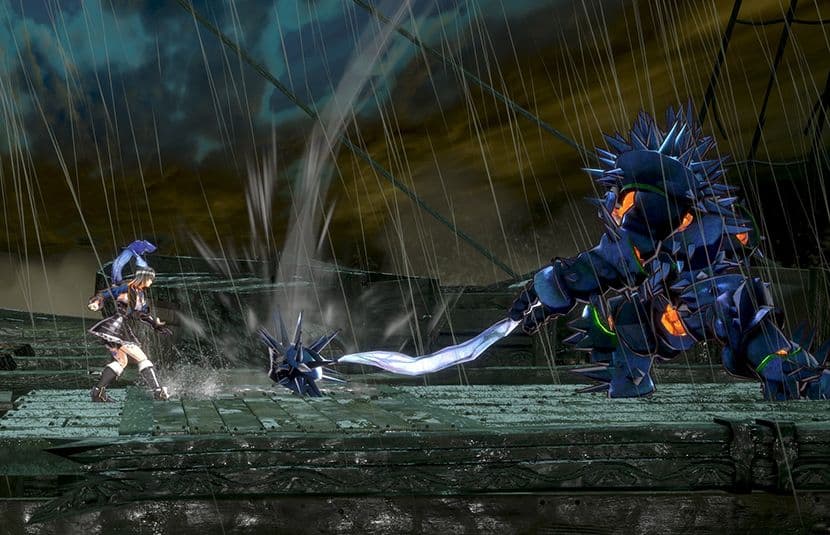 Since ancient times, war has always been an interesting and interesting topic, no matter how many times it is talk again.

For many people, “Castlevania” is probably not a strange name. It may not be as well known as Mega Man or Final Fantasy, but being the one who plays the game is more or less heard.

Located somewhere between the boundaries of a platformer game (jumping, climbing) and acting, Castlevania separates itself into a unique genre, which shares the name of the Metroid series to transform into a game genre “Metroidvania “Specific. The highlight of this series is that the game is encapsulated in a huge game with countless nooks and mysteries. Players will be forced to remember the map and go back and forth in the same place many times to fully explore, and face many different types of enemies scattered all over the place.

Originating in 1986, Castlevania series has gone through many ups and downs from time to time, and achieved the best stability after being held by Koji “IGA” Igarashi. With famous versions such as Symphony of the Night (1997), Harmony of Dissonance (2002), Dawn of Sorrow (2005) … Igarashi has shown his creative spirit, and quickly became a symbol attached to a whole line of games – similar to the way people mention Shigeru Miyamoto with Mario / The Legend of Zelda or Hideki Kamiya with Devil May Cry.

After a few 3D versions with upgraded graphics in 2012 like Lord of Shadows, Castlevania series suddenly became silent – and the breakaway of Igarashi from KONAMI in 2014 due to dissent when KONAMI began to divert business into mobile games, has almost ended this long-standing legend.

Saying “almost”, because Igarashi had no intention of ending Castlevania forever, he wanted to do his own way. The result was Bloodstained: Ritual of the Night – a major project conceived since 2014 and launched in 2019 just recently. Quickly taking the Kickstater milestone in just the first few days, “brand” Igarashi has indeed proven to be a great trust of his game-loving community. Launched on 26.06.2019 on PlayStation 4, PC Steam and Nintendo Switch, Bloodstained: Ritual of the Night quickly received countless compliments from experts, worthy of the “successor” of the legendary Castlevania. The following review article of Biareview will be based on the Nintendo Switch version, to provide a different perspective than the public.

Set completely different from the world of Castlevania, which revolves around the love affection between the Belmont family and the demon lord Dracula, Bloodstained: Ritual of the Night offers a much simpler and simpler direction. Bloodstained’s plot: Ritual of the Night is simply the revenge of a “living weapon” that has been used to open the Demon Gate to the human realm, and an “weapon’s attempt to stop him “live” otherwise – but this simplicity has made many other interesting points stand out.

The beauty of the Castlevania series is always that it creates a huge ancient castle full of ghosts, connected by hundreds of rooms with countless secrets waiting for players to explore. All of that was fully reproduced in Bloodstained: Ritual of the Night, if not much better, when players now have more ways to interact with the environment. Breaking a wall, a crack in the ceiling, or “plugging” into an unknown space can lead players to mysterious rooms that don’t even exist on the map. The rewards for these “excursions” are almost always worthwhile, as they are valuable items such as blood, energy…

Escape from the shadow of the “Dracula” theme and the dark army has gradually become quite boring, Bloodstained: Ritual of the Night follows a new path where the game world is based on history. Exam the “Demon 72 of King Solomon” (Goetia). This step paved the way for more creativity in shaping the enemy and giving them new, more recognizable and more interesting personalities. The names “listen to cool” like Dantalion, Baal, or Barbartos are definitely more inspiring than “Skeleton” with “Zombie” (Magi, anyone?).

However, Castlevania’s “loyal fan” will quickly find a familiar feeling in Bloodstained: Ritual of the Night, when everything happens according to the same process: wandering the castle, touching” something “makes me unable to continue, there are new moving abilities such as two-step jumping, aerial surfing … and back to dead ends Previously to “experiment” … Really Bloodstained: Ritual of the Night has successfully recreated the core elements that make up the appeal of the legendary Castlevania series.

Having not placed such a heavy element of action in action, the Castlevania game series so far has not focused on giving the character too much of a skill. Some of the changes in 3D versions like Lords of Shadow: Mirror of Fate have shown that the combos are completely inconsistent with this classic series. So, with Bloodstained: Ritual of the Night, Igarashi tried to maintain everything as neatly as possible – and added other spices to make the dish more interesting.

Players can equip a variety of different weapons in Bloodstained: Ritual of the Night, sword, dagger, spear, ax … to guns, whips … or even … high heels. Each weapon has a different damage frame, range and speed, and each one is more effective for certain types of enemies than others. Although the combat action of each type is only monotonous with a movement, but the player can search for “secret” books scattered everywhere to unlock more new moves for each weapon.

Learning from the Dawn of Sorrow version and also lifting it to a new level, Bloodstained: Ritual of the Night integrates the ability to destroy enemies, collect Demon Shard pieces to attach to characters and strengthen in many ways. There are more magic skills to attack or increase internal stats. With dozens of different Demon Shards, players can enhance them to be significantly stronger, and customize their tactics in different ways that are still effective. Of course, these Demon Shards only have a certain drop rate, not a hit, so players will spend a lot of time to play and upgrade their Shards.

where can you get a Bloodstained Ritual of the Night online

Bloodstained: Ritual of the Night – Nintendo Switch: Buy it now

Bloodstained: Ritual of the Night (PS4): Buy it now

Bloodstained: Ritual of the Night (Nintendo Switch): Buy it now

In most versions of Castlevania, the role-playing element is used “lightly” to make the player feel stronger after a period of play. However, it is often done quite loudly when only calling packages in leveling up, increasing stats, equipping equipment … and almost only have “color” properties. With Bloodstained: Ritual of the Night, everything is pushed further when the game features map creation / upgrade features, and external equipment that changes stats sometimes affects the way weapons work. dynamic again. Not to mention that the appearance of the character changes in accordance with the items on the person (except clothes), but the story of the player has the option to change the hairstyle, hair color … character has been a long step forward. In expressing the “I” is very commendable.

One interesting thing that few people know, is that in 3 versions, the Nintendo Switch is the most … stoned version, which is also the highest sales version, far ahead of the remaining two versions on Steam and PlayStation 4. The reason is probably because the Switch’s configuration is relatively weak, or it may be because the transfer team (WayForward) is not well optimized.

In Bloodstained’s list of major shortcomings: Ritual of the Night Switch version, is probably still in the eternal song: graphics quality when played in handheld mode is poor when plugged into the charging dock. The reason is similar to laptop: when not plugged in, the Switch will reduce the configuration of the game to balance the battery performance. Most of the heavy games on Nintendo Switch suffer from this problem, but Bloodstained: Ritual of the Night seems to be more “tragic” when in dock mode, the game’s graphics are still far behind the PlayStation 4 / PC version.

Next, it was the Bloodstained version: Nintendo Switch’s Ritual of the Night appeared a lot of heavy bugs that affected the playing experience. In particular, if the PC / PlayStation 4 version has a delay of about 32 – 35ms, Switch will be able to advance to 140+, causing the operation / control actions in the game. poorly visible. In addition, the screen download / transition speed of the Switch version is considerable, especially in some places that can last more than 20 seconds of the screen. Imagine the catastrophe of jumping on a stand to get to a room above that needs to load the screen: 20 seconds waiting up.

Finally, in addition to technical errors related to the nature of the system, Bloodstained: Ritual of the Night still has many other odd errors that shouldn’t have existed on a console / handheld device. For example, the writer once spent about 30 minutes trying to find the last boss, when after fighting a little he slipped into the wall and … disappeared completely, so that the writer was helpless and had to start reactivate the game. Or when playing in handheld mode for a few hours, the machine starts to heat up and the game lag must restart the computer.