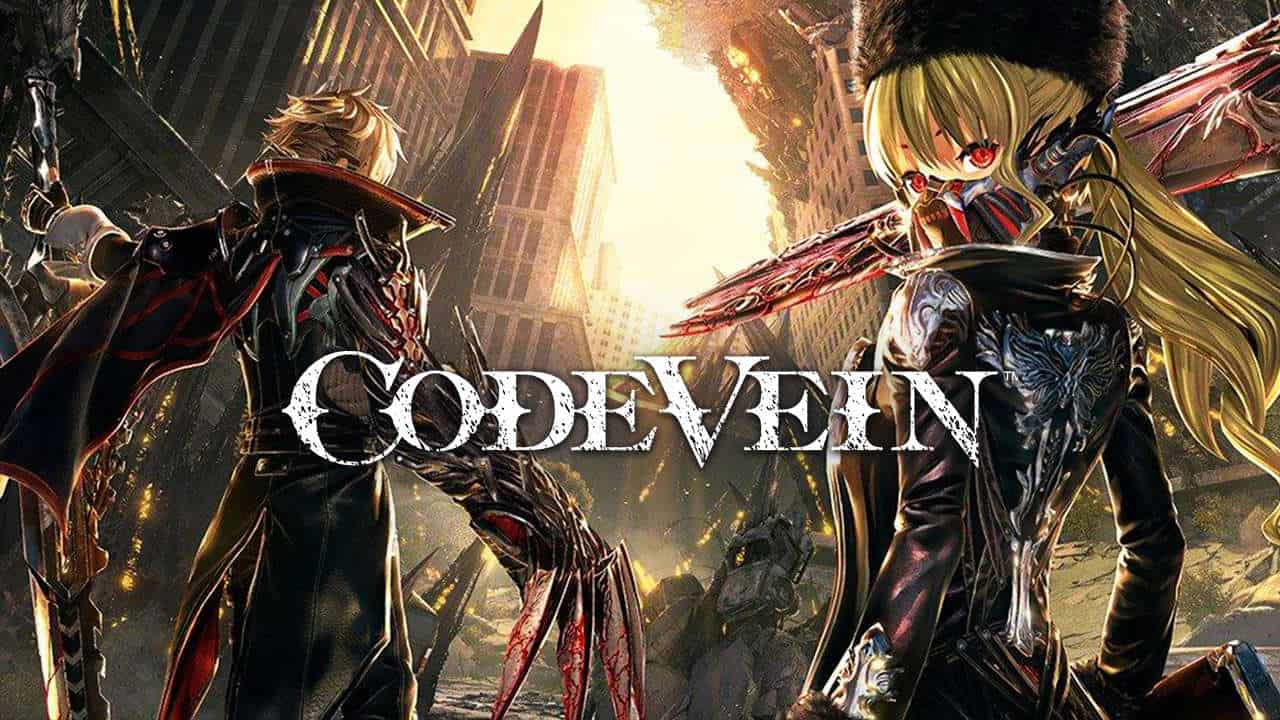 Code Vein takes players into a desolate, chaotic world currently on the verge of life and death. You, like everyone else, a Revenant (who returns from the dead) carrying immortality but need human blood to maintain life, otherwise you will lose your mind and gradually become Lost – A hysterical creature wandering in the city searching for blood.

Captured by the red mist separating the outside world and not many people left, the Revenants fight each other for the Blood Bead – an alternative to blood.

Since then, gangs have been established, the strong eliminate the weak, all because of the Surviving.

Of course, you also get caught up in the harsh reality of this society.

However, in the course of action, you meet Louis – a Revenant that is not moved by the flow of life but still retains the “kernel” inside the mind. Together with his group, they all go to find the source of Bloodspring – a strange tree that produces Blood Bead – to end Vein’s suffering.

True to being an “Dark Souls anime style”, you will enjoy a “series of anime” with content that is relatively linear and predictable but still thrilling to make you want to “play” to the end game.

The more you uncover the mysteries of Vein society and the origins of Revenant, you will feel more and more interested because the world of the game is elaborately built, each event, each character is closely linked with together.

For those who have played and fell in love with God Eater, you will be amazed at the connection between these two games!

The characters in the game have a fairly predictable color: either good or evil throughout the game, but all still do well in their role. Characters’ personalities is clearly revealed and has its own highlight.

After you find out Vestige of each person and read back their fragments of memory, you will see that each character has its own obstacles in this chaotic society, creating a very “human” part of these lost “vampires”.

Besides the compelling storyline, Code Vein also offers extremely diverse editing and customization capabilities for you to unleash your creativity.

First, one of the points you’ll like at the beginning of the game is that the game offers a lot of tools that allow you to tweak the character to your liking.

Regardless of male or female gender, players can freely customize their appearance from hair, clothes, faces … with many trendy models, making this one of the time-consuming and gray-matter parts superlative in the game.

Next, the Blood Code system helps you not to be tied to a certain gameplay.

Blood Code can be roughly understood as how to build your character, decide the stats and the types of skills (called Gift) that you will be using.

Not only that, after you use the Blood Code to destroy the enemies, the Gifts of that Blood Code will also increase the familiarity and will allow the player to use regardless of the type of Blood Code you are wearing. .

Because of this ability, players can freely combine the gifts of different types of Blood Code to create the most powerful Revenant.

The writer is currently using a combination of Berserker, Atlas and Hermes to create a balance between attack and defense when using two-handed swords.

Moreover, Code Vein also promises to own a lot of Blood Code scattered everywhere, some need to play to NG + to be able to find out.

This makes your customization almost endless and you can spend hundreds of hours with the game!

In addition to the above points, Code Vein also has some not so good points that it needs to improve better in the future, or at least for the back part because the game has absolutely potential for this.

At first, the character’s animation was made meticulously and in detail, but this became a “double-edged sword” during the fight.

Drain Attack or Parry attacks (used by Blood Veil – the type of costume in the game) have slow and uneven speed, such as Stinger and Ivy’s Blood Veil will be slower than other types.

Moreover, the goal of Drain Attack attacks is to suck Ichor (a type of magic in the game) but requires the player to stand still for a long time, along with a slow attack speed that also makes you shake your head. Even the normal attacks can also heal Ichor without putting you in too much danger.

Next, teamwork skills are also meaningless once again possessing a long execution time, consuming a large amount of Ichor without creating too many surprises.

This will usually be the skill that you will use when facing bosses, but standing still for too long makes you an “easy” target for the enemy!

This is a very strange point when Code Vein itself is a fast-paced game, much faster than other Souls-like games but the skill are too slow compared to the medium tempo of the game.

Therefore, I feel that these two mechanisms should be ignored and played as a normal Souls game, focusing on dodge-and-kill ability, it will be much better.

Besides, the stage design is not necessarily a plus point of Code Vein when the maps are built quite boring.

Most of the stage is quite wide but completely not creating excitement for me as when exploring Dark Souls or Bloodborne, but instead is the boredom of having to navigate the way.

This will be outlined extremely clearly in the Cathedral of the Sacred Blood map, the player must go through the same area but is blocked by numerous obstacles that force the player to search the detour.

This move is repeated continuously making navigating become a pain even if the game supports small maps.

Not only that, I felt that this map was somewhat “inspired” by Anor Londo from Dark Souls 3 in terms of design.

Finally, Code Vein itself is a game that is not difficult at all, owning a fast-paced along with the companions has partly made it possible to move on the map and kill the boss pretty easy.

To increase the challenge of the game, instead of designing a better game screen, with placing more sophisticated enemies, Code Vein uses another mechanism, temporarily called “Lost Invasion”.

This is a mechanism that activates when the player enters a certain area of the screen, summoning a lot of enemies to attack you, your task is to destroy them all.

It is worth mentioning that this mechanism is activated quite randomly without any warning to let you know in advance.

where can you get a Code Vein online